"Last year wasn't anything close to normal," says the Red Cross' Lisa Morgan. "Last year, across the country and here locally, over 50% of our blood drives were cancelled because of the pandemic."

Don't let the blood supply dip this winter. Come to give Jan. 1-20 to help ensure blood is available in queso patient emergencies & we'll thank you with a chance to win a Big Game at Home package including a 65" TV & $500 for food (chips anyone?!?) & fun. https://t.co/RZMDoL4xSW pic.twitter.com/qwgJKvBQ1N

Morgan says those blood drives would often be sponsored by local companies encouraging workers to donate. To make up for the drop in donations, she says community-based blood drives have become more important.

"Community-based drives have become the best way for us to reach donors," Morgan says. "It's become more important for us to do community blood drives."

Wednesday, the Red Cross partnered with Billy Bob's in Fort Worth and the Dallas Stars at the Comerica Center in Frisco. The organization also hosted a blood drive at its office in Dallas. 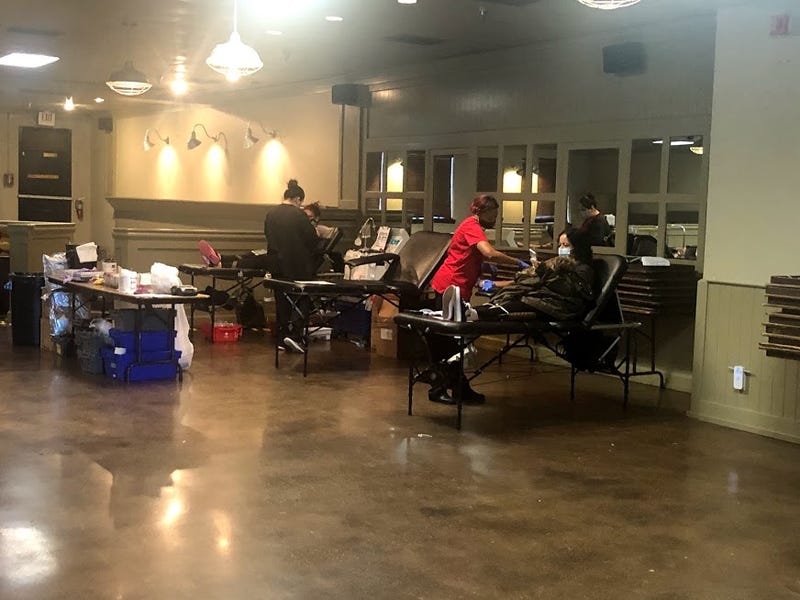 At Billy Bob's, one donor said he had donated before but not since the start of the pandemic.

"The community needs to step up because there's been a huge lack of blood," he says. "That's what I've heard. That's what pushed me to come here."

Each person will have their temperature checked when they arrive and be asked if they have recently had any symptoms of COVID-19 or other illnesses.

Appointments are required and can be made here. Potential donors can also search for blood drives near them.