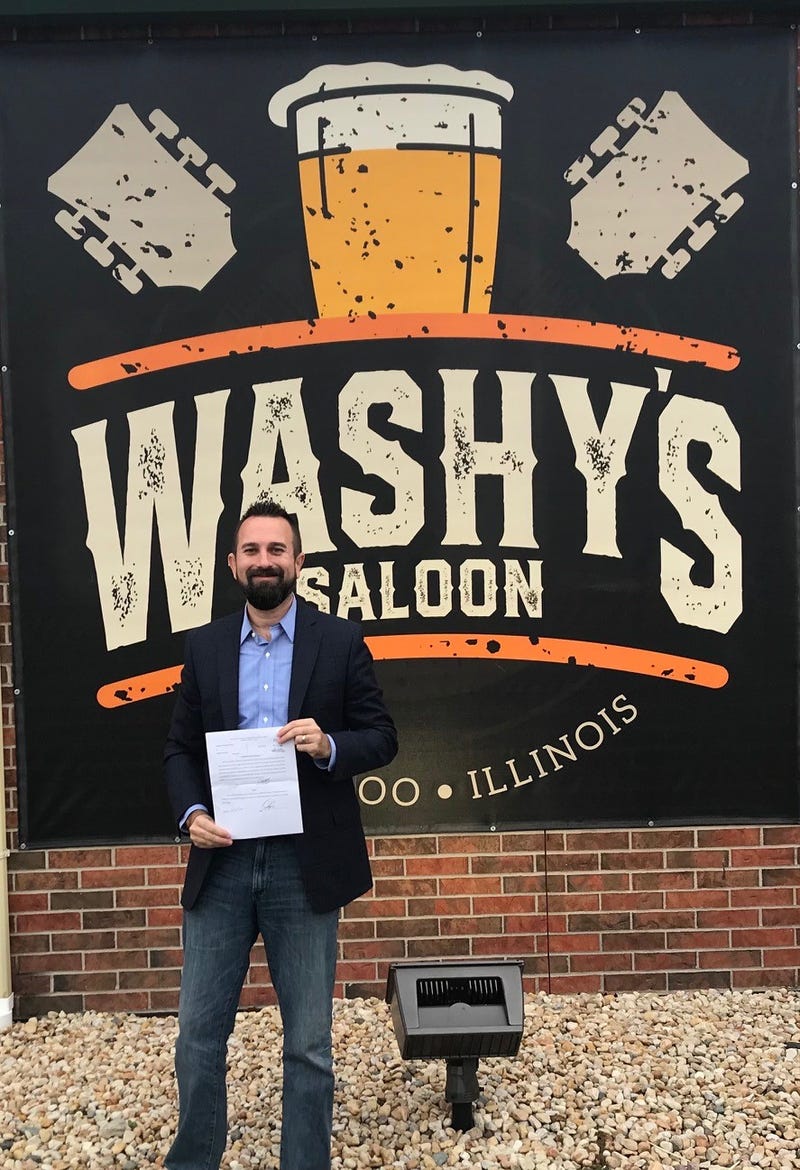 WATERLOO, IL (KMOX) -- In a case that could set a precedent in Illinois, the summons given to a Waterloo restaurant for allegedly violating the ban on indoor dining during a coronavirus spike, has been thrown out of court.

Washy's Saloon argued, with the support of State's Attorney Chris Hitzemann, that the rule under which they were cited, doesn't exist. The circuit court judge agreed.

"There is nothing in the law, where you can shut down indoor dining of a business," says Washy's attorney Thomas Devore. "It's been in the law for decades. It requires a court order and you have to prove that particular business is a health risk, to a judge."

🇺🇸 CASE DISMISSED! 🇺🇸 As expected, the State's case against us for allowing indoor dining during the latest "...

In a Facebook post, Washy's said it has been working with the Monroe County Health Department and followed its direction on all matters related to COVID. "They advised that we did not need to close, and we did not."

Devore's advice for the next time local officials order a halt to indoor dining: "Every bar and restaurant owner in the state and the region should ignore it. I'm not saying that willy-nilly, I'm saying that based on the law."