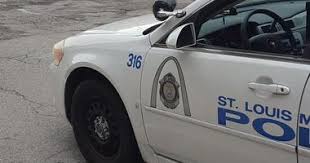 ST. LOUIS (KMOX) - A rookie St. Louis Police officer is expected to recover, after being shot while responding to a call Friday night.

Chief John Hayden says officers were on the scene of a child custody dispute in the 900 block of Lebanon, near La Salle Park on the city's near south side, when it happened. "While they are investigating, interviewing persons, " Hayden says, "they heard gunshots and the officer that was shot felt pain. He fell to the ground. His partner officer dragged him to safety and then applied a tourniquet."

Hayden says the injuries are not believed to be life threatening. The officer, a 24-year-old who's been on the force for seven months, is the 11th city officer shot since June 1.

Detectives don't know who shot him.