O'FALLON, Mo. (KMOX) — Have you heard the saying "you don't know what you've got until it's gone?" Bryant Hoban wants the world to know what he's got in his freezer before it disappears from Taco Bell menus everywhere.

The Riverfront Times reports Hoban bought three potato soft tacos from Taco Bell and froze them. He tried to sell them on Facebook Marketplace for $200 in "mint condition." He ended up selling two of them for $70.

More than 100,000 sign petition urging Taco Bell not to discontinue the Mexican Pizza

Even though his initial quest for profit was unsuccessful, Hoban is determined to hold on to the third taco to “preserve for future generations to experience this delicious thing.”

He has plans on freezing the seasonal McRib for the same reason. 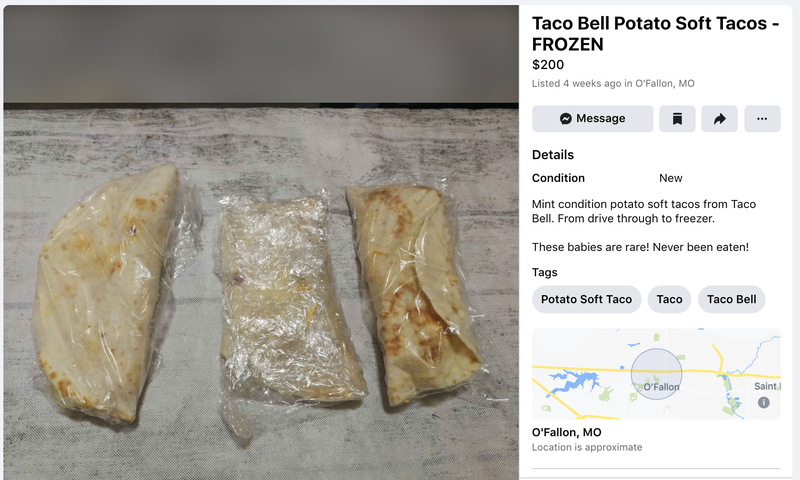 In a message to KMOX, Bryant said he wants to bring more exposure to his cause called, "Potato Softs Are Not Lost."

You can learn more and get involved at his website, potatosoftsarenotlost.xyz.