Their names are Kerith, Aaron, Micha and Bubbles.

No, these are not firefighters. But they’re essential in keeping spirits (p)up.

They are among several comfort dogs roaming CAL FIRE’s incident command base in Santa Rosa each day to help reduce stress and anxiety impacting firefighters that often comes with a long fire season.

The dogs often bring joy and a smile to their weary faces. 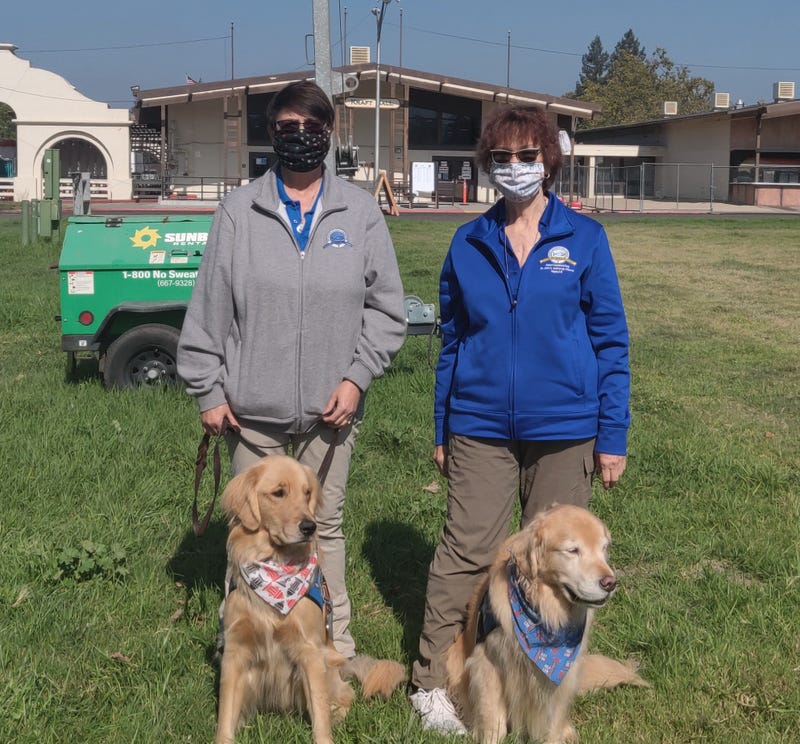 "It’s just a wonderful feeling to be able to provide some type of service for these heroes that are going out, risking their lives to save homes and people," Linda Welzheimer told KCBS Radio’s Jeffrey Schaub.

"They do," Hunter said of the crew’s tendency to hug the dogs. "Another cool thing that Aaron will do is he can get his feet on their lap and they can get their arms around his neck and just give him a big hug."

Heidi Carman and her dog, Kerith, are a certified therapy dog team that volunteers with CAL FIRE. Kerith has found fame on Instagram, garnering over 13,000 followers in posting photos of her many trips to comfort those on the front lines. 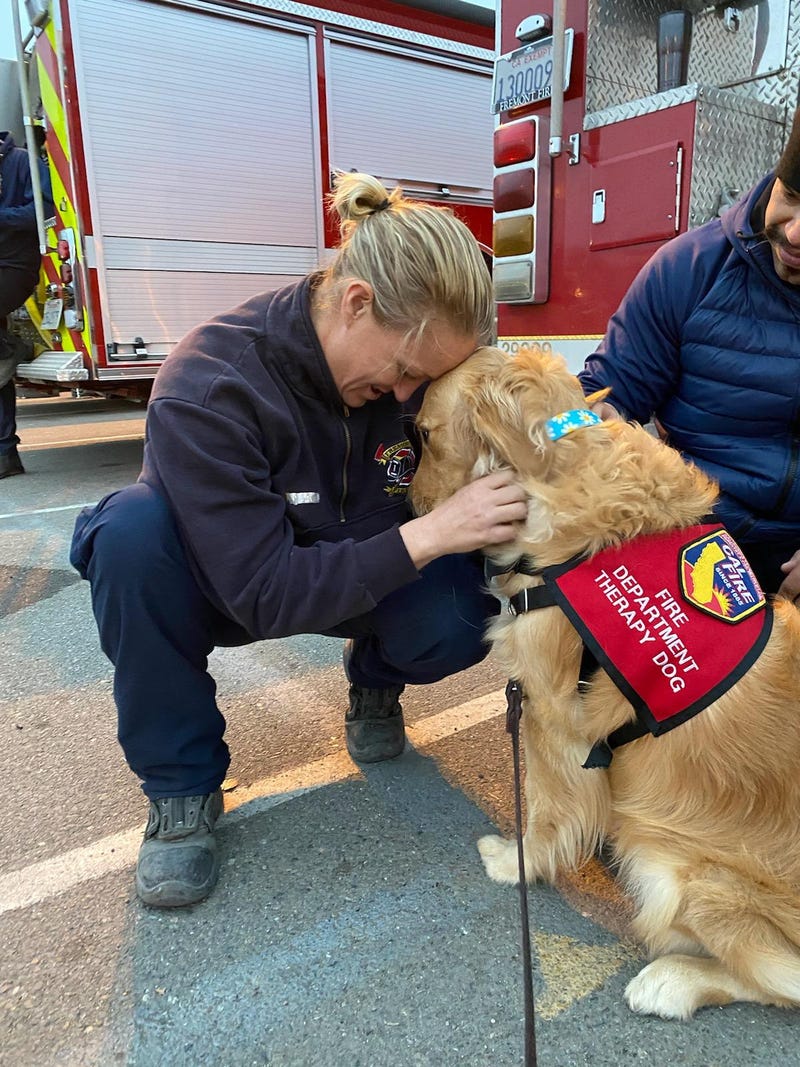 "This fire season is unprecedented," Carman said. "The men and women who are out there battling these fires have been away from their families for months. They miss birthdays, anniversaries, babies first steps. The firefighters are exhausted and stressed. Seeing a dog helps them to relax and exhale."

Kerith even starred in a recent CAL FIRE video, shot as firefighters sought relief from the destructive Glass Fire burning across Napa and Sonoma counties.

Therapy animals are just one small part of the support offered to firefighters, and their presence can have a very positive impact! Follow Kerith as she brings some much needed love to the firefighters who are working tirelessly battling these #wildfires! pic.twitter.com/fo3nxanGyK

"When they see Kerith they tell me how they miss their own dogs," Carman added. "They take pictures of themselves with Kerith to show their kids. When they pet Kerith their blood pressure is lowered, and they release the feel-good hormones. The firefighters tell me that petting Kerith made their day. Some say it made their month." 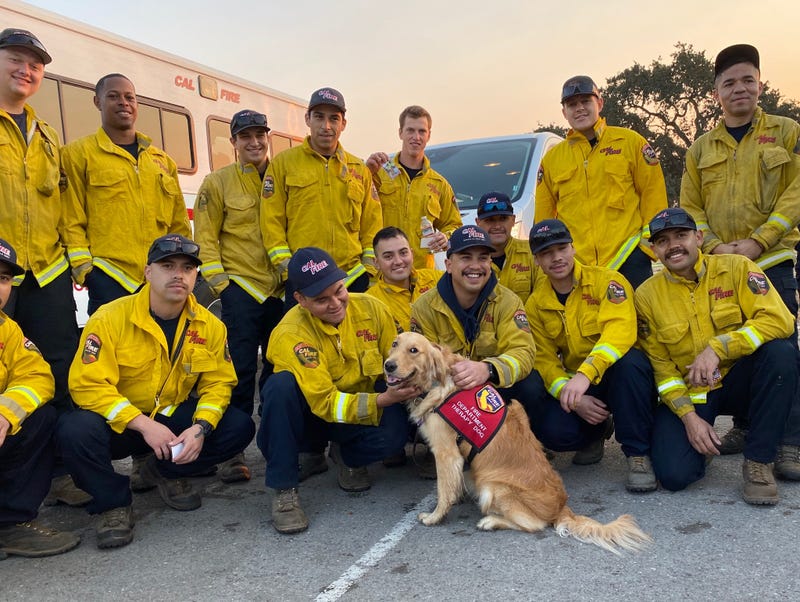 A group of CAL FIRE firefighters enjoy a moment away from the flames with Kerith. Photo credit Heidi Carman

Almost 2,300 firefighters have come through the Santa Rosa base camp. 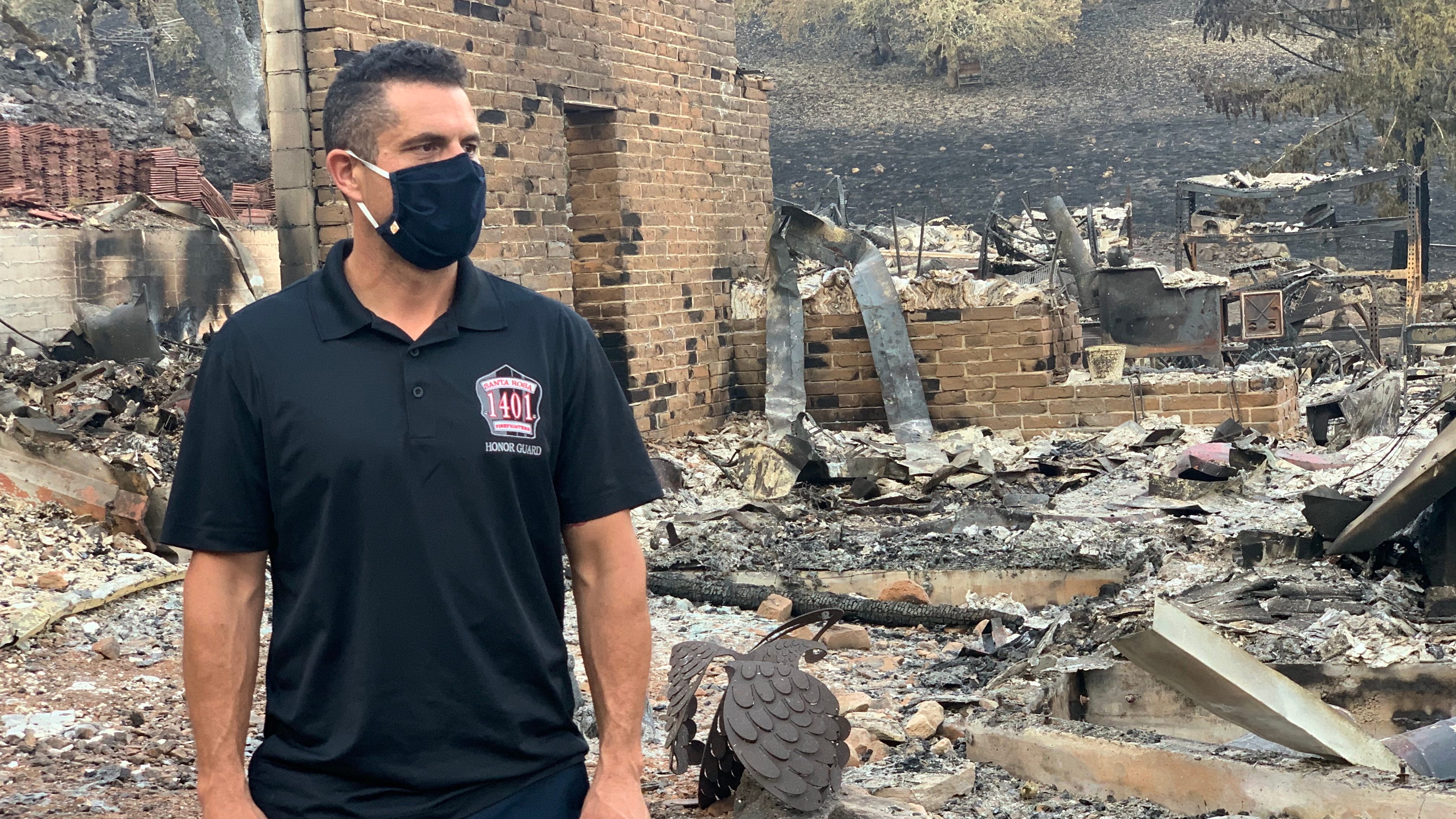 VIDEO: Community rallies for firefighter who lost new home while saving others from Glass Fire