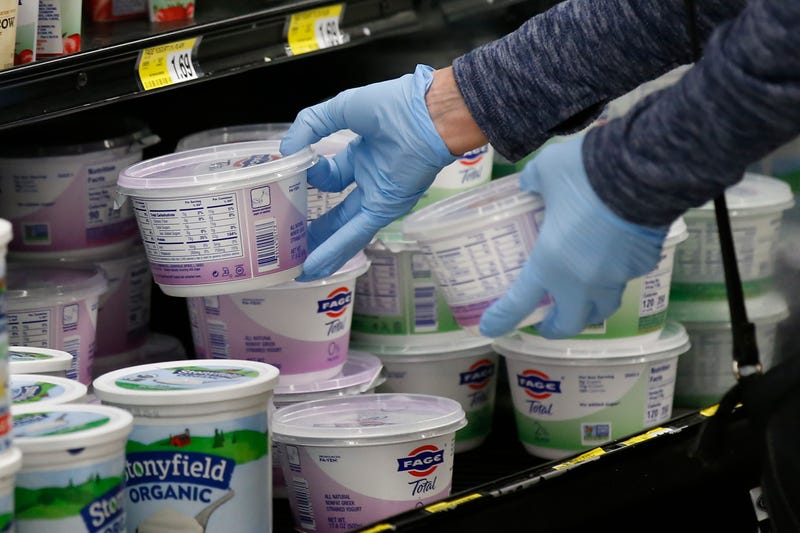 NEW YORK (AP) — Cleaning wipes are harder to find on store shelves, and businesses are reassuring customers with stepped up sanitation measures. In New York, the subway system is shut down nightly for disinfecting.

To avoid any traces of the coronavirus that might be lurking on surfaces, Americans have been wiping down groceries, wearing surgical gloves when they go out and leaving mail packages out for an extra day or two. But experts say the national fixation on scrubbing sparked by the pandemic can sometimes be overkill.

“It’s important to clean surfaces, but not to obsess about it too much in a way that can be unhealthy,” said Dr. John Brooks, chief medical officer for the COVID-19 response at the U.S. Centers for Disease and Control.

Health officials knew less about the virus in the early days of the pandemic, but say it's become clearer the main way it spreads is between people — through the respiratory droplets they spray when talking, coughing, sneezing or singing. It's why officials emphasize the importance of wearing masks and social distancing.

That doesn't mean surfaces don't pose any risk — cleaning is still recommended — especially frequently touched spots like door knobs or elevator buttons that infected people might have recently touched. Other germs that sicken people, like gastrointestinal bugs, haven’t gone away either.

But with COVID-19, experts say to keep the risk in perspective: The virus is fragile and doesn’t survive easily outside the body for long. Early studies finding it could linger on surfaces for days used large viral loads and were in laboratory conditions, not the real world. Other tests might just detect remnants of the virus, rather than live virus capable of infecting people.

Viruses also don't leap off surfaces to infect people, and infection would require a sequence of events: There would have to be enough surviving virus on whatever the person is touching, the person would have to get it on their hands, then touch their mouth, nose or eyes.

All that means there could be diminishing returns to all the disinfecting, especially if people have good hand washing practices.

For public health experts, the challenge is telling people exactly where they should draw the line, especially if cleaning isn't doing any harm.

What counts as overkill could also vary depending on the situation, said Justin Lessler, an expert in infectious diseases at Johns Hopkins University.

While Lessler wouldn’t wipe down his own groceries, for example, he said it might not be a bad idea for people caring for someone at high-risk for becoming severely ill if infected.

“These are things that maybe are on the lower end of how much they actually reduce risk. But they’re relatively easy and cheap,” he said.

Even if it doesn't meaningfully reduce risk, regularly disinfecting surfaces can be a way for people to exert control when they feel they don't have any, said Stephen Morse, an infectious disease researcher at Columbia University.

In public places, he said stepped up cleaning — what some refer to as “hygiene theater” — can be a way to reassure people.

“People want to make it evident that they really care,” Morse said.

But Emanuel Goldman, a professor of microbiology at Rutgers-New Jersey Medical School, said that reassurance could also create a false sense of safety — and detract from measures that matter more.

“They worry less about what they breathe. And breathing is your primary source of infection,” said Goldman, who wrote a commentary in a medical journal in July saying the fear of transmission through surfaces was being overblown.

In some cases, Goldman noted there are significant financial costs.

In New York, the Metropolitan Transportation Authority is spending $8.1 million a week on COVID-19 related expenses, including subway cleanings throughout the day and overnight.

The agency says it's approaching safety in multiple ways. And Mark Dowd, the agency's chief innovation officer, said surfaces could still pose a risk, and that understanding of the virus has continued to evolve.

“We don’t think taking our foot off the pedal with regard to disinfecting our surfaces is the right approach,” he said.

The MTA is also looking at ways to improve ventilation, Dowd said, but that is far more complicated.

Americans are wiping store shelves clean of disinfecting products, too. Since the pandemic hit, sales have been up about 30% in the The Clorox Co.'s business unit that includes cleaning products.

Whether those habits will last remains to be seen.

At the start of the pandemic in March and April, Paige Zuber said she would come home from her corporate food service job in New York and leave her mask in a bag by the door, immediately change out of her clothes and shower.

“It was like disinfecting chaos to make sure I was not bringing anything into our apartment,” said Zuber, who has since been laid off and moved to Rhode Island.

Zuber is still cleaning a lot more than she did before the pandemic, but not going to the same extremes.

At the CDC, Brooks said he tells people to do what makes them comfortable, but to keep in mind the relative risk of different routes of transmission.

“As long as you don’t touch your face when you’re unpacking those groceries, and wash your hands afterwards and are careful, I think that may be sufficient,” he said.