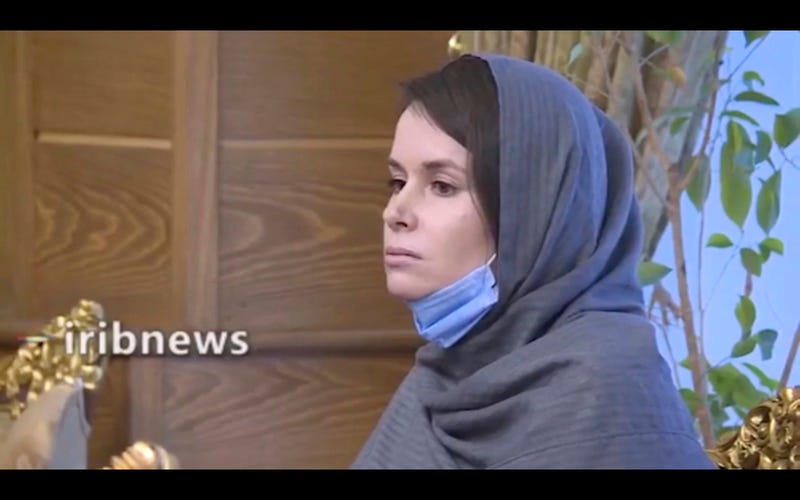 WELLINGTON, New Zealand (AP) — Australia's prime minister said he's “thrilled and relieved” after Iran released in a prisoner swap a 33-year-old academic who was imprisoned for more than two years on spying charges, but added it would take time for Kylie Moore-Gilbert to process her “horrible” ordeal.

Iran first announced on state television that it had freed the British-Australian scholar in exchange for three Iranians held abroad. The report was scant on detail, saying only that the Iranians had been imprisoned for trying to bypass sanctions on Iran.

Prime Minister Scott Morrison told Australia's Network Nine he had confirmed Wednesday night that Moore-Gilbert was coming home, and spoke with her on Thursday.

“The tone of her voice was very uplifting, particularly given what she has been through,” he said.

Asked about the swap, Morrison said he “wouldn't go into those details, confirm them one way or the other” but said he could assure Australians there had been nothing done to prejudice their safety and no prisoners were released in Australia.

In a statement, Moore-Gilbert thanked Australia’s government and diplomats for securing her release, as well as supporters who campaigned for her freedom.

Despite her ordeal, Moore-Gilbert said she had “nothing but respect, love and admiration for the great nation of Iran and its warm-hearted, generous and brave people.”

Moore-Gilbert was a Melbourne University lecturer on Middle Eastern studies when she was picked up at the Tehran airport as she tried to leave the country after attending an academic conference in 2018. She was sent to Tehran's notorious Evin prison, convicted of spying and sentenced to 10 years. She had vehemently denied the charges and maintained her innocence.

She was one of several Westerners held in Iran on widely criticized espionage charges that activists and U.N. investigators believe is a systematic effort to leverage their imprisonment for money or influence in negotiations with the West. Tehran denies it. Moore-Gilbert wrote in letters to Morrison that she had been imprisoned "to extort” the Australian government.

Moore-Gilbert's detention had strained relations between Iran and the West at a time of already escalating tensions, which reached a fever pitch earlier this year following the American killing of a top Iranian general in Baghdad and retaliatory Iranian strikes on a U.S. military base.

It was not immediately clear when Moore-Gilbert would arrive in Australia. Iran state TV aired footage showing her clad in a gray hijab sitting at what appeared to be a greeting room at Mehrabad International Airport in Tehran.

Accompanied by another Western woman in a colorful headscarf, Moore-Gilbert wore a blue mask tucked under her chin and a stoic expression. The timing of her release was unclear, but the footage showed faint sunlight streaming through windows during the swap. Later, footage showed Moore-Gilbert being escorted to a large gray van after nightfall.

The TV report did not elaborate on the Iranians it described as “economic activists” freed in exchange for Moore-Gilbert. They wore Iranian flags draped over their shoulders, black baseball caps pulled down over their eyes and surgical masks, outfits apparently designed to conceal their identities. Iran’s deputy foreign minister, Abbas Araghchi, welcomed the three Iranians at the airport.

International pressure has been building on Iran to release Moore-Gilbert. She has gone on repeated hunger strikes and her health has deteriorated during long stretches in solitary confinement. Over the summer, she was transferred to the remote Qarchak Prison, east of Tehran, as fears escalated over the spread of the coronavirus in the country's notoriously crowded prisons.

Moore-Gilbert had appealed to the Australian government to work harder for her release. In her letters to the prime minister, she wrote that she had been subjected to “grievous violations” of her rights, including psychological torture.

Australian Foreign Minister Marise Payne said Moore-Gilbert's release had been an “absolute priority” for the government since she was first detained.

“The Australian government has consistently rejected the grounds on which the Iranian government arrested, detained and convicted Dr. Moore-Gilbert," Payne said in a statement. "We continue to do so.”

She said the release was achieved through “diplomatic engagement” with the Iranian government and was done in consultation with Moore-Gilbert’s family.

In her statement, Moore-Gilbert said she had arrived in Iran "as a friend and with friendly intentions, and depart Iran with those sentiments not only still intact, but strengthened."

Payne said she wished Moore-Gilbert well on her return to Australia.

“No doubt, as she recovers, she will draw on the same strength and determination that helped her get through her period of detention,” she said.

Friends and colleagues said they were delighted Moore-Gilbert had been released.

“An innocent woman is finally free," they said in a statement. "Today is a very bright day in Australia indeed.”