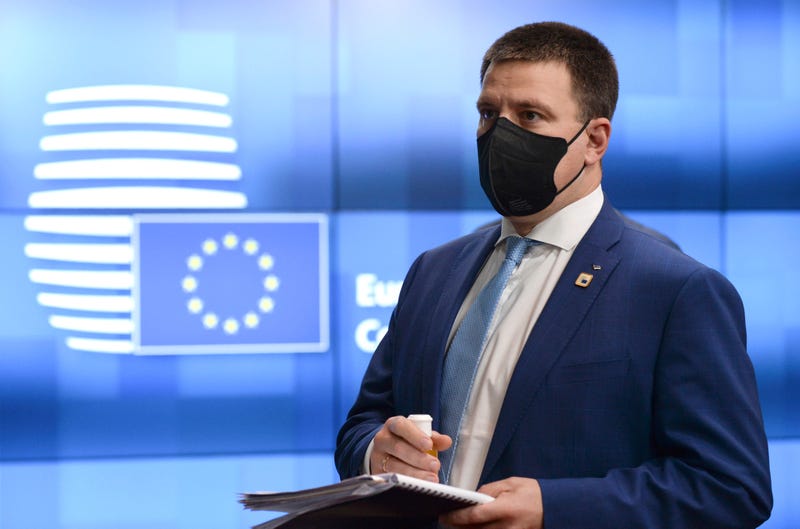 Photo credit FILE - In this file photo dated Friday, Oct. 16, 2020, Estonia's Prime Minister Juri Ratas leaves from an EU summit in Brussels. Ratas has handed in his resignation, Wednesday Jan. 13, 2021, after a corruption scandal investigated by the police and prosecutors in his Center Party led to key party officials resigning, while Ratas said he personally has not done anything wrong. (Johanna Geron, File Pool via AP)
By The Associated Press

HELSINKI (AP) — Estonia’s prime minister resigned on Wednesday over a corruption scandal involving a key official of his Center Party suspected of accepting a private donation for the party in exchange for a political favor on a real estate deal, prompting new talks on forming a new ruling coalition.

Ratas said early Wednesday on his Facebook page that he would step down as “the suspicion expressed by the Public Prosecutor’s Office .... does not mean that someone is definitely guilty but they will inevitably cast a serious shadow over all those involved.”

“In such a situation, it seems only right that, by resigning myself, I will give the opportunity to shed light on all the facts and come to clarity,” Ratas wrote on Facebook.

Ratas said he personally has not done anything wrong.

“Despite taking political responsibility, I can say with all my heart that, as prime minister, I have not made any malicious or deliberately wrong decisions,” he wrote on Facebook.

Ratas has led a majority coalition of his left-leaning Center Party, the nationalist EKRE party and the conservative Fatherland party since April 2019. He has held the post of prime minister of the Baltic country of 1.3 million since November 2016.

On Tuesday, Estonia’s security police said it was investigating the offices of state credit agency KredEx over suspicions of corruption regarding a 39 million-euro ($48 million) loan granted to the Porto Franco real estate complex in harbor district of the capital, Tallinn.

As the largest political party in Tallinn, the Center Party controls the office of mayor and has final say over how to develop public infrastructure projects such as roads and transport in the capital. Estonian media reported that Tallinn Mayor Mihhail Kolvart has been questioned in the case but isn't suspected of any wrongdoing.

Teder, whose son Rauno Teder is the main shareholder in Porto Franco, is suspected of cutting a deal with Korb on facilitating access routes to the Porto Franco estate in the harbor district in return for a one million-euro donation to Center. In 2015, Hillar Teder was a suspect in a corruption case case involving former Tallinn Mayor and Center Party leader Edgar Savisaar.

Ratas insisted the real estate project has had no influence in government decision making.