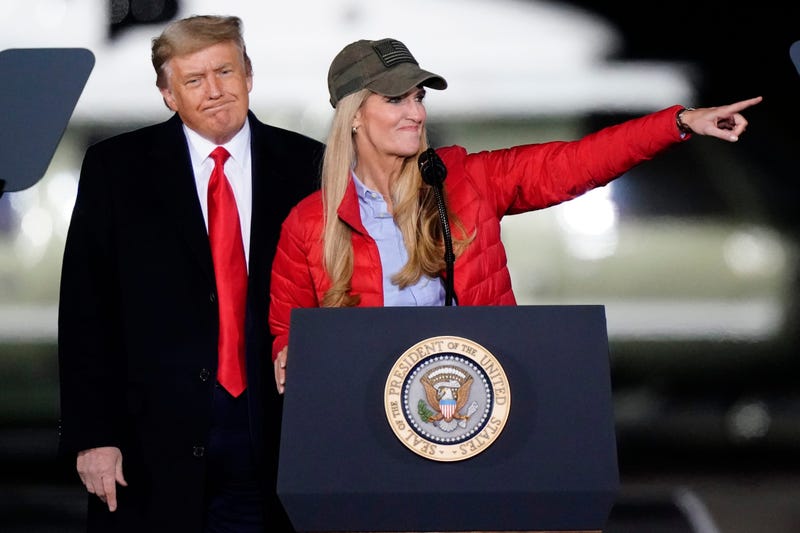 As votes were being tabulated Tuesday night in Georgia's two tight Senate runoff contests, President Donald Trump predicted election officials in the state would release a large tranche of results that would overwhelm the Republican candidates. And he implied that it would be an act of voter fraud.

“Looks like they are setting up a big ‘voter dump’ against the Republican candidates. Waiting to see how many votes they need?” the president tweeted just before 10:30 p.m. ET.

In reality, however, such lead swings and releases of voting results during an election are commonplace and ordinary.

HOW ARE THEY ORDINARY?

They reflect the usual ebb and flow of a process that entails tabulating and releasing massive batches of results, with leads often changing hands as counting continues.

For example, Floyd County, Georgia, a Republican stronghold where Trump has previously held a rally, released all of its results Tuesday in one big ballot drop around 10 p.m., which juiced the early returns in favor of GOP candidates Kelly Loeffler and David Perdue.

The candidate lead swings can be particularly pronounced when votes are recorded in population-dense counties, which often favor Democratic candidates.

WHY DOES THE PRESIDENT'S ASSERTION SOUND FAMILIAR?

Trump's tweet revisits a similar baseless claim that he made about his own loss in November to President-elect Joe Biden. Trump had jumped out to an early Election Day lead in multiple battlegrounds, but as mail-in ballots continued to be counted Biden eventually surpassed him.

HOW HAS HE BEEN INVOLVED IN GEORGIA SINCE THEN?

Trump has repeatedly — and falsely — claimed that his loss to Biden was the product of widespread voter fraud. And he's reserved special ire for Georgia, where the two contests were being held.

During a phone call with Georgia's Republican Secretary of State on Saturday — which was recorded and later leaked to the media — Trump repeatedly argued that the secretary, Brad Raffensperger, could change the certified results so that he would win. He also urged him to “find 11,780 votes” that would eclipse Biden's victory margin.

“We have at least 2 or 3 — anywhere from 250 to 300,000 ballots were dropped mysteriously into the rolls. Much of that had to do with Fulton County, which hasn’t been checked,” he said on Saturday during the phone call with Raffensperger.

Raffensperger repeatedly rebuffed Trump's request and his office has conducted several tallies and recounts. All of them confirmed Biden's win.