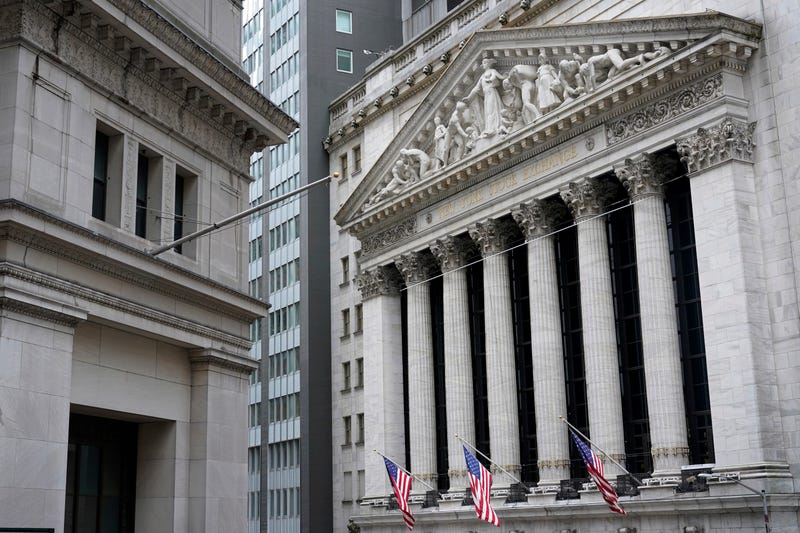 Photo credit The New York Stock Exchange is seen in New York, Monday, Nov. 23, 2020. U.S. stocks are ticking higher and heading back toward record highs on Friday, Dec. 4, despite discouraging data detailing how much damage the deepening pandemic is doing to the job market. (AP Photo/Seth Wenig)
By The Associated Press

Wall Street closed out a solid week for stocks Friday with more record highs as traders took a discouraging jobs report as a sign that Congress will finally move to deliver more aid for the pandemic-stricken economy.

The gains were broad, with about 81% of the companies in the S&P 500 moving higher. Gains in technology, health care and energy stocks helped lift the market, outweighing losses in utilities and companies that rely on consumer spending. Treasury yields rose, a sign of growing confidence in the economic outlook.

Hopes remain deeply rooted on Wall Street that one or more coronavirus vaccines are coming to rescue the global economy next year. But efforts to contain a surge in new virus cases has stoked worries about more economic pain for companies and consumers.

That's why Friday's much weaker-than-expected jobs report perversely helped lift stocks. Investors are betting the report may be bad enough to help kick Congress out of its paralysis and deliver more support for the economy.

“In a twist of irony, the bad jobs number is positive for markets today,” said Keith Buchanan, portfolio manager at Globalt Investments. “The market is telling us today that if the labor market continues to show slowing momentum, it’s much more likely the powers that be in D.C. agree to something that’s material.”

Stocks of smaller companies, which have recently helped lead the market after lagging earlier this year, outgained the broader market Friday. The Russell 2000 climbed 43.75 points, or 2.4%, to 1,892.45, more than double the gain for the big stocks in the S&P 500.

Stocks seemed headed for a downbeat day early Friday as traders weighed the disappointing jobs report. Treasury yields sank, and U.S. stock futures wobbled after the data showed employers added just 245,000 jobs last month, half of what economists were expecting. The report marked a sharp step down from October’s gain of 610,000 and was the fifth straight month of slowing growth.

Economists called the numbers disappointing and evidence that the worsening pandemic will likely destroy more jobs and income for the economy in the coming months, which are shaping up to be a bleak winter.

But markets quickly firmed amid hopes that the dour data could spur some action from Congress, which has dithered for months after much of its last round of financial support for the economy expired during the summer.

“Overall, today’s report is beckoning lawmakers to act on additional fiscal stimulus measures in order to bridge the output gap in the economy until a vaccine is deployed, and the longer they hold out the wider the gap may become,” said Charlie Ripley, senior investment strategist for Allianz Investment Management.

Democrats and Republicans have been making on-and-off progress on talks for another round of support for the economy, including aid for laid-off workers and industries hit hard by the pandemic. Momentum has seemed to swing back to “on” this week after Democrats signaled willingness to accept a smaller package than they were earlier demanding.

House Speaker Nancy Pelosi and Senate Majority Leader Mitch McConnell spoke on the phone about a possible deal on Thursday, and lawmakers from both parties have been voicing support for a bipartisan deal. The glimmers of progress follow months of cajoling and pleading by economists and investors, who say such aid is essential. Many obstacles remain, though.

The hope in markets is that financial support from Washington could help carry the economy through a dark winter. Surging coronavirus counts, hospitalizations and deaths are pushing governments around the world to bring back varying degrees of restrictions on businesses. They’re also scaring consumers away from stores, restaurants and other normal economic activity.

Hopefully, the economy will be able to stand more on its own next year after one or more COVID-19 vaccines help start a slow return to more normal conditions. Such hopes helped stocks muscle 10.8% higher in November, though the momentum has slowed a bit recently as the pandemic accelerates at a troubling rate.

Energy companies were some of Friday's best performers, as oil prices climb further out of the hole they plunged into during the spring following a collapse in demand. Diamondback Energy jumped 12.7%, and Occidental Petroleum gained 13.4% for the two biggest gains in the S&P 500. Both stocks remain down by about 50% for the year, though.

The yield on the 10-year Treasury shook off an initial stumble following the release of the jobs report to rise to 0.97%, up from 0.91% late Thursday.