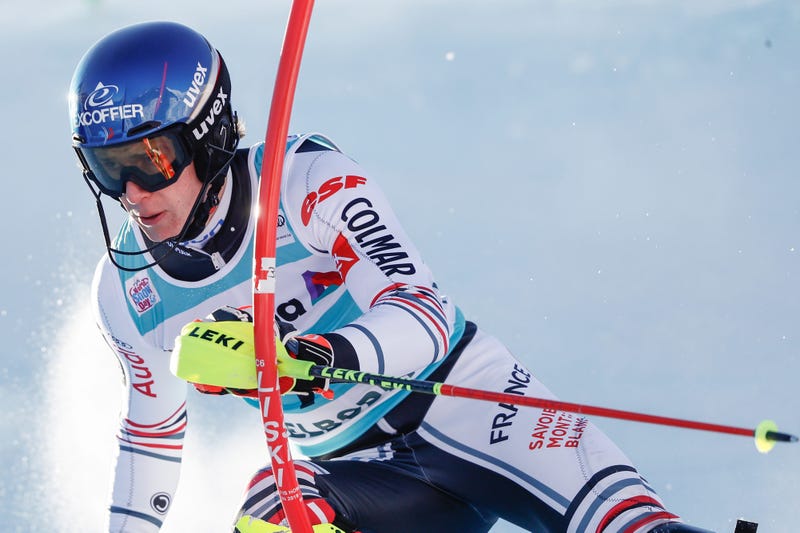 Noël was 0.41 seconds faster than his France teammate Victor Muffat-Jeandet on an icy, sun-bathed Chuenisbärgli course. The temperature was minus-10 Celsius (14 Fahrenheit).

Loic Meillard of Switzerland was third fastest, with 0.42 to make up on Noël in the afternoon run.

Noël has yet to achieve the results that saw him edged for the World Cup slalom title last season, 552-550 points by Henrik Kristoffersen.

The 23-year-old Frenchman has a season-best fifth place in three races, after finishing no worse than fourth in the slaloms he completed last season, when he also won three times.

Kristoffersen trailed by 1.01 in 11th place, which can be a good spot to launch a second-run challenge at Adelboden. The slope darkens quickly as the sunshine slips behind the mountains in early afternoon.

The racers who finished 1-2 in giant slalom on Friday and Saturday struggled in their fourth events in a five-day span.

Alexis Pinturault, the World Cup overall standings leader, was 1.34 back in 16th place and Filip Zubcic went out by straddling a gate.