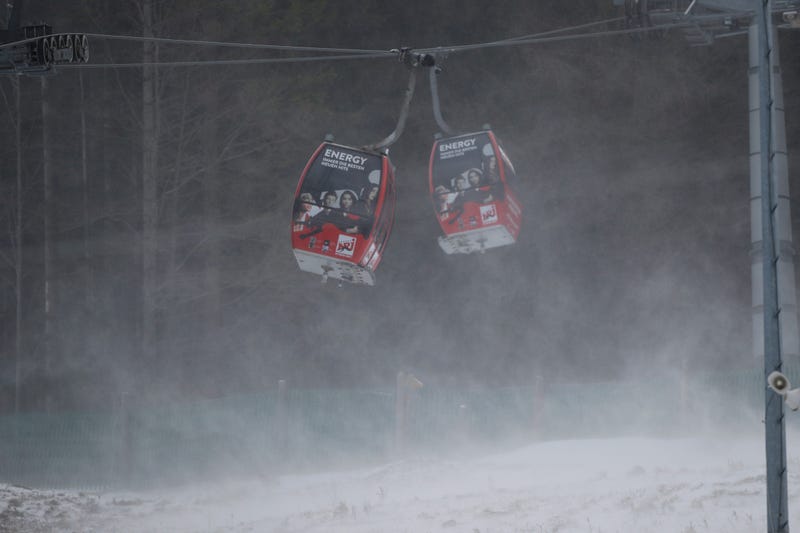 Organizers first lowered the start gate for the second run after gusts set in higher up on the mountain following the opening leg.

However, as the winds also became stronger further down the slope, they twice postponed the start time by 15 minutes before calling off the event because no improvement was expected.

Organizers ordered people to leave the finish area as the winds started blowing away safety fencing and sponsor banners, leaving the area in a state of havoc within minutes.

There was no immediate information on a new date for the race. A slalom on the same course is scheduled for Tuesday.

Petra Vlhova had posted the fastest time in the opening run, two years after the GS world champion from Slovakia won her first race in the discipline on the same Zauberberg course.

The Italian won the first two giant slaloms of the season, but both she and Vlhova failed to finish the previous race in France two weeks ago.

The American three-time overall champion triumphed in the previous GS for her first win since returning to the circuit from a 10-month break.

Vlhova won the the GS on the Zauberberg in 2018 for the first of her four World Cup wins in the discipline.

Shiffrin won two giant slaloms in two days on this hill in 2016 before adding a slalom victory the next day.