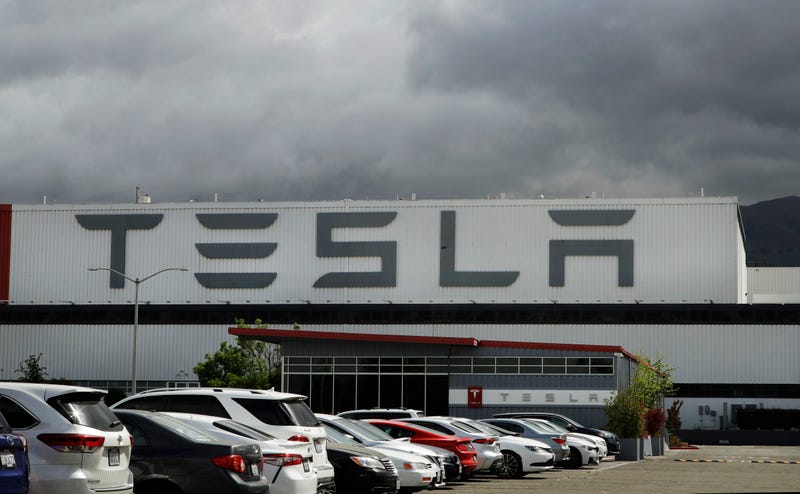 Photo credit FILE - This May 12, 2020 file photo photo shows the Tesla plant in Fremont, Calif. Tesla is looking to raise up to $5 billion in capital through a stock offering as the electrical vehicle and solar panel maker seeks to take advantage of strong demand for its products. (AP Photo/Ben Margot, File)
By The Associated Press

Tesla is looking to raise up to $5 billion in capital through a stock offering as the electrical vehicle and solar panel maker seeks to take advantage of strong demand for its products.

This is the second such move for the company in three months. In September Tesla said that it planned to sell up to $5 billion worth of common shares just one day after its 5-for-1 stock split took effect.

Similar to its prior capital raise, Tesla Inc. said in a regulatory filing on Tuesday that the stock sales would be made “from time to time." The stock will be sold through 10 different brokerage houses, and each will get up to a 0.25% commission.

Wedbush's Daniel Ives said in a client note that the current move makes sense given the strong rally in the company's shares and investors' keen interest in the electric vehicle market.

Tesla's stock has exploded this year, growing more than 600%. The shares closed up 7% on Monday at $641.76. But shares fell about 2% in midday trading Tuesday.

The Palo Alto, California-based company headed by Elon Musk has to finance some big-ticket capital spending this year because it’s building a new factory in Germany and has plans for an additional plant outside of Austin, Texas. It’s also gearing up to roll out its new “Cybertruck” pickup and a semi sometime next year.

The company posted a $331 million net profit for the July through September period, its fifth straight quarter of profitability. But as in previous quarters, the company relied heavily on $397 million it earned from selling electric vehicle credits to other automakers so they can meet government fuel economy and pollution regulations.

Tesla could post its first full-year profit when it reports fourth-quarter earnings early next year.