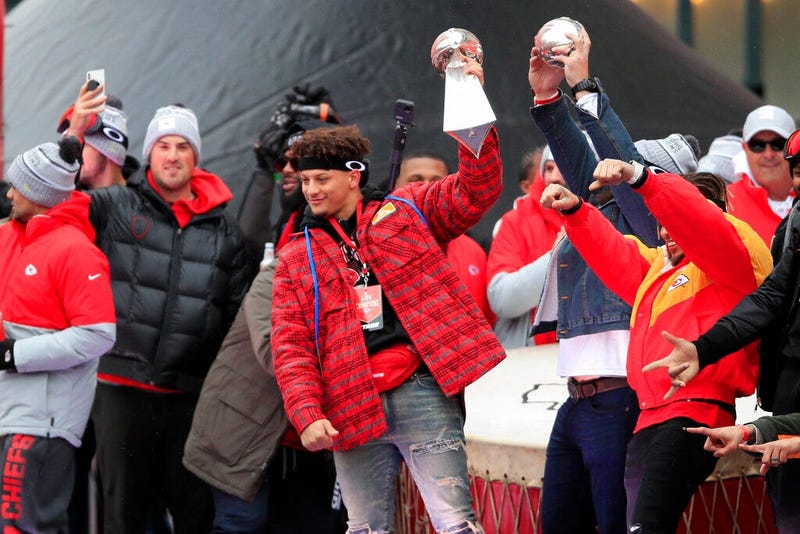 A Kansas City Chiefs fan said he took a “professional NFL hit" when he slammed into a parking meter while trying to catch a pass from quarterback Patrick Mahomes during the team's Super Bowl victory parade.

LaRue Bell, 43, whose collision was caught on video, told The Kansas City Star that the pass was intended for him but that the parking meter denied him the opportunity Wednesday.

“That was my Super Bowl," said Bell, who acknowledged he was feeling a little sore when he arrived Thursday at his job with National Beef Leathers in St. Joseph, where he noticed coworkers laughing at the video of the failed pass on social media.

He soon learned millions of others also were watching it online. Even Mahomes checked in on Twitter, asking “Yo is the dude who hit the parking meter okay."

The video also shows the ball tip the top of a truck, with police standing in the back.

The impact shattered his wife’s phone, which was in his coat. And the ball was scooped up by another fan who sped away with the souvenir. “That pole," he said, “was not forgiving at all."

@PatrickMahomes throwing the greatest post route of his career at the parade today #ChiefsChampionshipParade pic.twitter.com/Cj6i44PgWY