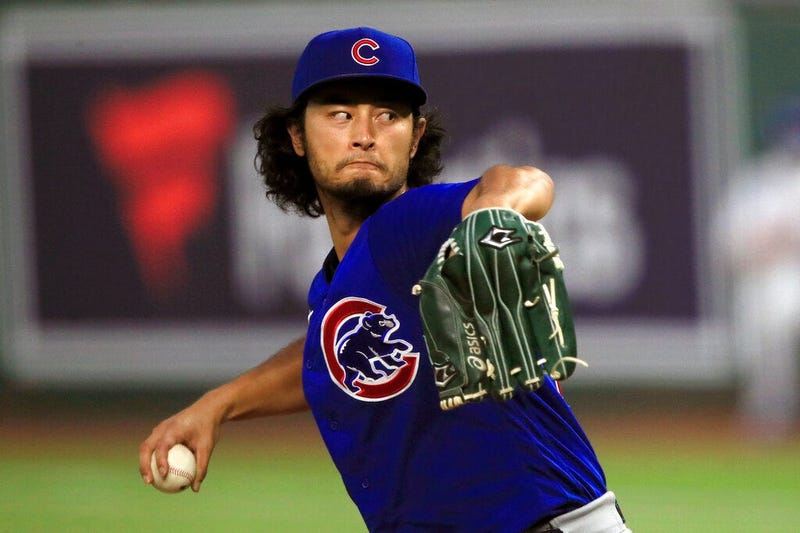 Javier Báez drove in two runs for the Cubs (10-2), who handed Kansas City its sixth consecutive defeat. Kris Bryant and Anthony Rizzo each had two hits and scored twice.

Darvish (2-1) was in midseason form for the second straight outing. He gave up five hits, struck out four and walked one.

With the score 2-1, the Royals' best chance to tie the game came in the sixth when Whit Merrifield was on third with one out. Darvish struck out Ryan O’Hearn and retired Salvador Perez on a grounder, ending the threat.

The Cubs capitalized on one bad stretch for Royals starter Kris Bubic, who set down his first nine batters, including four strikeouts, before Bryant singled in the fourth.

Rizzo followed with a walk, and then a bloop hit by Báez tied it 1-all. Willson Contreras grounded into a double play, but Rizzo scored to give the Cubs a 2-1 lead.

Kansas City (3-10) started the scoring in the third when a double off the left-field wall by Maikel Franco was followed by Nicky Lopez's single, but a potential big inning was thwarted when Merrifield grounded into a double play.

The Cubs took advantage of two fielding mistakes in the eighth and ninth, tacking on four runs to make it 6-1.

Royals: Before the game, OF Bubba Starling and RHP Glenn Sparkman were placed on the injured list. Starling was batting .211 with three RBIs. Sparkman had a 5.40 ERA and allowed nine hits in four appearances. Kansas City recalled catcher Meibrys Viloria and RHP Scott Blewett.

Royals RHP Brad Keller makes his season debut Thursday night after returning from the IL due to COVID-19. RHP Tyler Chatwood (2-0, 0.74 ERA) will start for the Cubs. “I feel pretty good,” Keller said Saturday. “Whenever they tell me, I’ll be ready.”