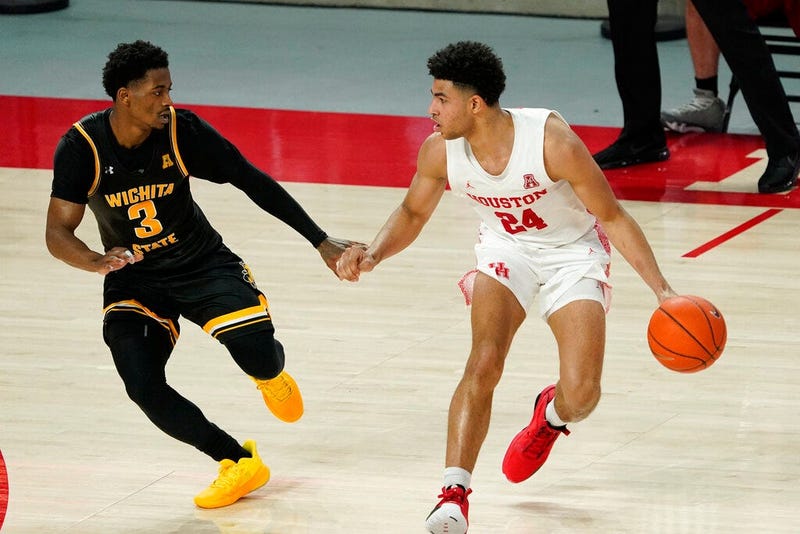 Quentin Grimes scored 20 of his 22 points in the second half as No. 11 Houston rallied for a 70-63 win over Wichita State on Wednesday night.

After shooting 1 of 6 from the field in the first half, Grimes was 5 of 11 in the second half, including 4 of 6 on 3-pointers. He also had nine rebounds.

Justin Gorham added 14 points and 10 rebounds, and DeJon Jarreau finished with 13 points, 10 rebounds and five assists for Houston (9-1, 4-1 American Athletic Conference). Marcus Sasser scored 12 for the Cougars, who shot 38% overall, 46% in the second half.

Tyson Etienne had 25 points and eight rebounds, and Dexter Dennis scored 18 points for the Shockers (6-3, 2-1), whose five-game winning streak ended.

Wichita State led 31-25 at the half behind eight points from Etienne.

Wichita State: The Shockers were able to open up the double-digit lead because they took care of the ball, committing three turnovers in the first half, but the Shockers committed four turnovers during Houston's decisive run and finished with 11.

Houston: The Cougars won their sixth straight against Wichita State. Houston owned a 26-16 advantage in points in the paint and committed 10 turnovers, which the Shockers turned into 16 points.