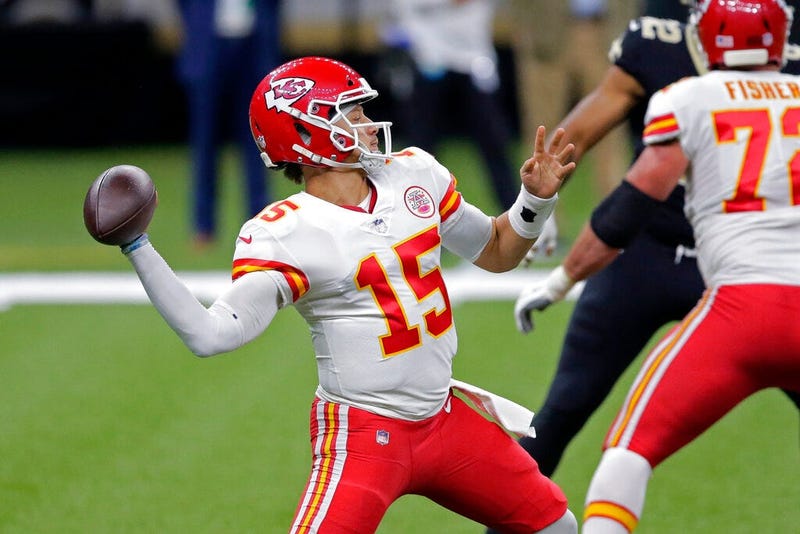 Patrick Mahomes passed for 254 yards and three touchdowns and the Kansas City Chiefs extended their winning streak to nine games with a 32-29 victory over the New Orleans Saints.

The Kansas City defense did its part to spoil Drew Brees’ return from rib fractures and a punctured lung that had kept the record-setting passer out four games. Brees passed for 234 yards and three TDs. But he completed less than half of his passes and was intercepted for just the fourth time this season.

Le'Veon Bell had a 12-yard touchdown run for the Chiefs.

With the win, Kansas City improves to 13-1 and goes undefeated on the road this season.

Next up for the Chiefs is a game Sunday at Arrowhead Stadium against the Atlanta Falcons at noon.