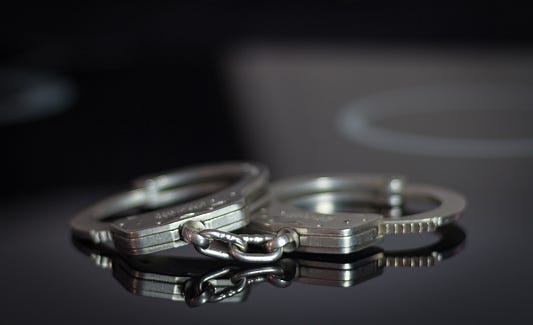 The Wichita Police Department (WPD) has arrested Kenneth Junious, 34, of Wichita on a charge of 1st-degree murder and a warrant through the Kansas Department of Corrections (KDOC), stemming from the investigation of a cutting that fatally injured a Wichita man.

At approximately 1:20 a.m. on Sunday, officers responded to a cutting call at a home in the 2800 block of South Washington.  Officer’s located the victim with multiple cut and stab wounds to his body, and quickly began life-saving measures, but he succumbed to his injuries on the scene.  He has been identified as Bryan Turner, 59. The investigation revealed that multiple people were at the home, and Turner and Junious were both visiting.  While at the home, a disturbance ensued between Junious and Turner.  During the disturbance, Junious pulled out a knife and caused multiple injuries.  Junious then fled the scene in a vehicle. This was not a random incident.  Additionally, Junious has previous felony convictions and is currently on parole through KDOC. The investigation is ongoing, and the case will be presented to the Sedgwick County District Attorney’s Office.