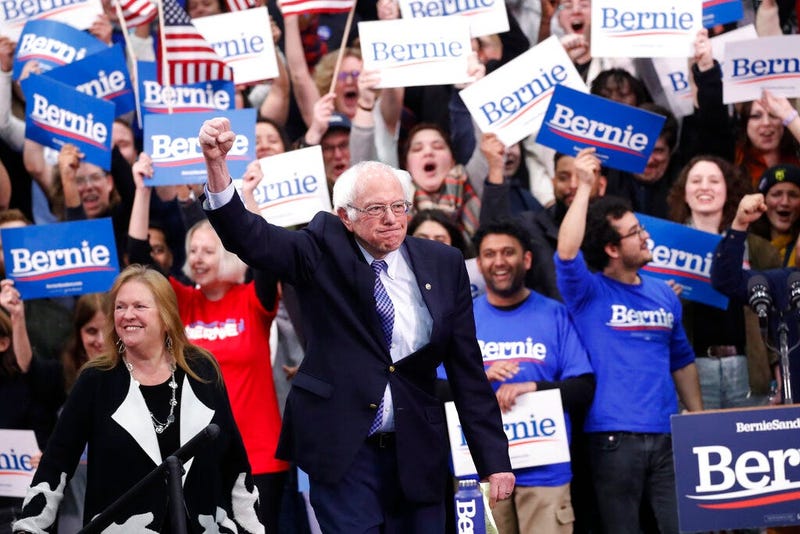 In his win, the 78-year-old Sanders, a self-described democratic socialist, beat back a strong challenger from the 38-year-old former Midwestern mayor -- two men representing different generations and wings of their party. "This victory here is the beginning of the end for Donald Trump,”