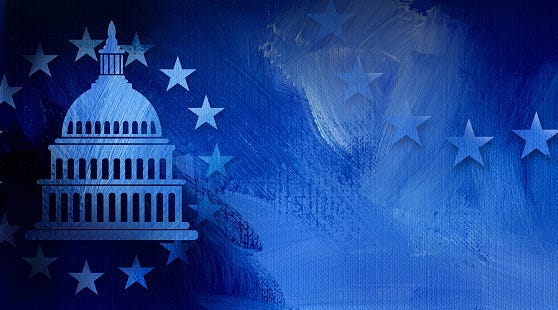 “This legislation will serve veterans by expanding SAH eligibility qualifications for blind and disabled veterans,” said Sen. Moran. “This modernized and expanded grant program will allow veterans to utilize vital SAH grants in a way that best fit their needs – providing greater support and improving the quality of life for many of our nation’s veterans. I am pleased the U.S. House of Representatives voted to pass this important legislation and look forward to President Trump signing this legislation into law. Thank you to Colonel Benne and his wife, Christine, for their decades of selfless service to our nation and for their advocacy, resiliency and willingness to share their story, which will undoubtedly help many veterans in the future. I also want to thank Captain (ret.) Ryan Kules, another Fort Riley soldier who used this grant program to adapt his home in 2009. Capt. Kules has been a tireless advocate for disabled veterans, and it has been a pleasure working with him to expand this crucial program.”

“On the behalf of the Wounded Warrior Project, I thank Senator Moran for his great fidelity to our nation’s veterans and his leadership in passing the Specially Adaptive Housing Improvement Act of 2019,” said Ryan Kules, Director of Combat Stress Recovery Programs, Wounded Warrior Project. “This important bill will help thousands of seriously wounded, injured, and ill veterans make necessary improvements to their homes to make them safer, more navigable, and more responsive to their needs. Having been stationed in the Great State of Kansas at Fort Riley, I appreciate Senator Moran’s bi-partisan approach and hard work to get this bill passed. We look forward to this important legislation being signed into law.”

In 2013, Col. Benne developed a medical condition that led to his retirement from the U.S. Army after 23 years of service. Col. Benne was rated 100 percent disabled at the time of his retirement. In 2016, Col. Benne was fitted by the Department of Veterans Affairs (VA) for a wheelchair and applied for an SAH grant, as neither the Benne’s home nor vehicle could accommodate his new wheelchair. After more than a year of navigating the VA, Col. Benne and his wife, Christine, contacted Sen. Moran’s office for assistance. Within three months of Sen. Moran’s office working with Col. Benne to engage the VA, Col. Benne was given a favorable decision on his adaptive housing claim and provided SAH grants.

This legislation – developed to prevent future difficulties similar to those Col. Benne faced while trying to access an SAH grant – will allow blind veterans to access this grant program and double the maximum number of awarded grants from 3 to 6 per veteran. It will also increase the number of authorized applications per fiscal year from 30 to 120.

Col. Benne, a Spring Hill, Kan. native and University of Kansas School of Pharmacy graduate, served on both Fort Riley and Fort Leavenworth during his 23 years of service in the United States Army, most recently as chief of the Department of Public Health at Irwin Army Medical Hospital on Fort Riley. Col. Benne passed away on December 7, 2019 due to complications from his disability. His wife, Christine, resides in Manhattan, KS and is an active member of the Fort Riley-Central Kansas Chapter of the Association of the United States Army.