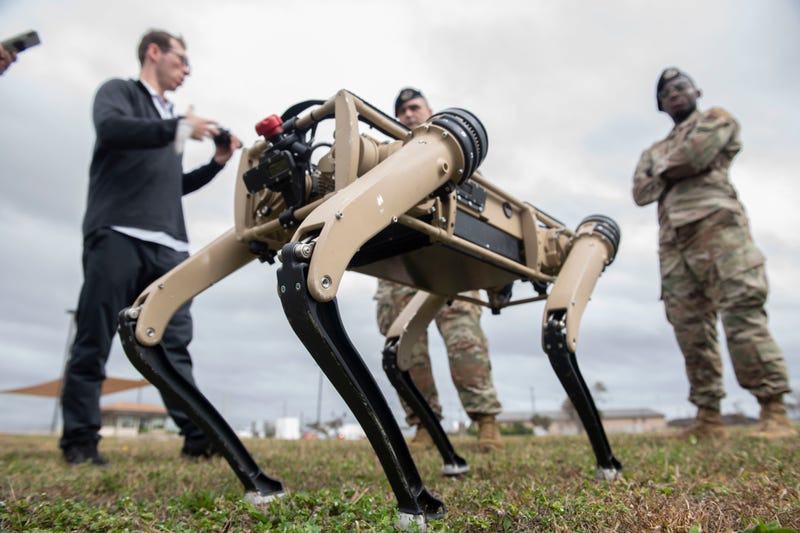 Semi-autonomous robot dogs will soon be guarding a Florida Air Force base.

The computerized canines showed off their abilities on Nov. 10 at an event at Tyndall Air Force Base, according to a release.

“We are very excited,” said 325th Security Forces Squadron Commander Maj. Jordan Criss. “We are the first unit within the Department of Defense to use this technology for enhanced security patrolling operations.”

Military-funded dog robots now on sale for $75.000, with conditions

While the robots walk on all fours and look like a dog, they are not intended to replace military working dogs, according to the release. They will provide patrolling help, allowing Tyndall’s human and canine defenders to focus on security actions requiring a physical presence. 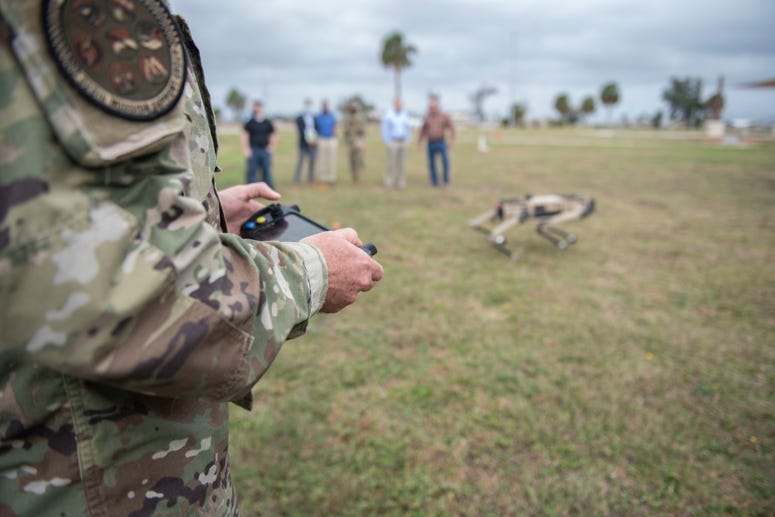 “These robot dogs will be used as a force multiplier for enhanced situational awareness by patrolling areas that aren’t desirable for human beings and vehicles,” explained Criss.

The patrol path the robot dogs will be given will be set and monitored by the noncommissioned officer in charge of the Security Forces Electronic Security Sensor System. They will be driven by a virtual-reality headset.

COVID-19 is battling a robot

“We will be able to see exactly what the robot dog is detecting through its mobile camera and sensor platform if desired, we will also be able to issue verbal commands to a person or people through a radio attached to the dog,” said Criss.

The robot dogs allow security forces who would otherwise be patrolling Tyndall to focus on training, security and overall situational awareness, the release continues.

“They will be a huge enhancement for our defenders and allow flexibility in the posting and response of our personnel,” added Criss.

Tyndall AFB and the 325th Security Forces Squadron worked with Ghost Robotics to develop the security enhancement system over the past year.