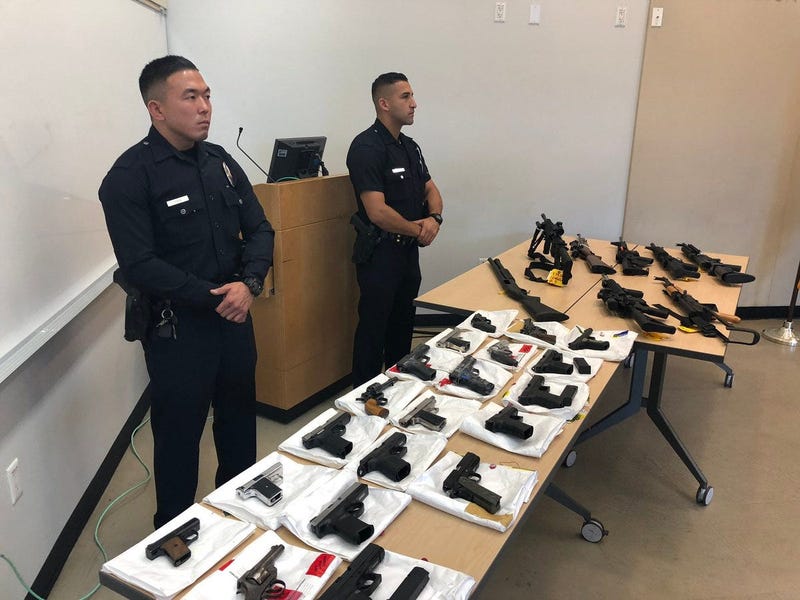 (KNX 1070) - A two-year investigation into drugs sales in San Pedro has resulted in the indictments of 14 alleged gang members and associates.

Police showed off a number of guns that they seized Wednesday.

A joint task force targeted the Rancho San Pedro street gang for allegedly selling methamphetamine heroin cocaine and opioids often out of a hotel and two bars on Pacific Avenue.

The indictment alleges that the Rancho San Pedro Street gang operates under the control of the Mexican Mafia and that often engaged in violence and intimidation in order to protect its turf.

The gang collected “taxes” from drug sales and the money was funneled to three Mexican Mafia members who are serving prison sentences for murder.

Some of the suspects were already in jail, three of them are still on the loose.

14 members of a #SanPedro based street gang were indicted by a federal grand jury for narcotics & firearms offenses. 4 of the suspects were actually arrested early this morning. @KNX1070 pic.twitter.com/Vbk63PfO0b