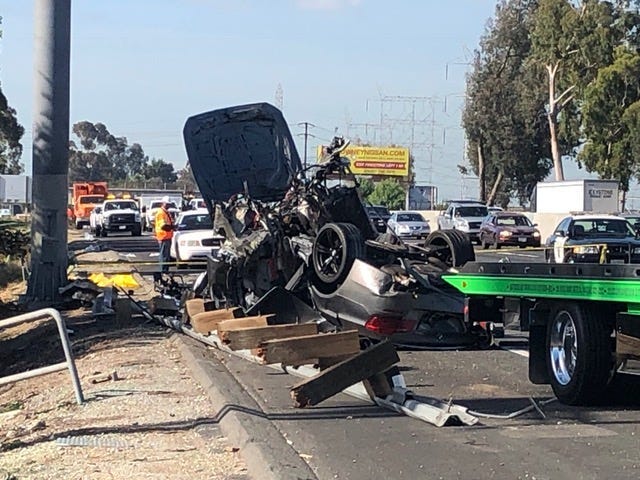 (KNX 1070) - Four men have lost their lives in an early morning crash Wednesday on the north 710 freeway near Florence Avenue.

Firefighters were working to take out the four bodies from the smashed BMW car Wednesday morning.

The CHP said the car was speeding when the driver lost control. CHP doesn't know if the car was involved in a street race.

The car was wrapped around a pole with the turn-signal still blinking. The calls started coming in around 3:15 a.m. Wednesday.

One northbound lane is open around the wreckage.