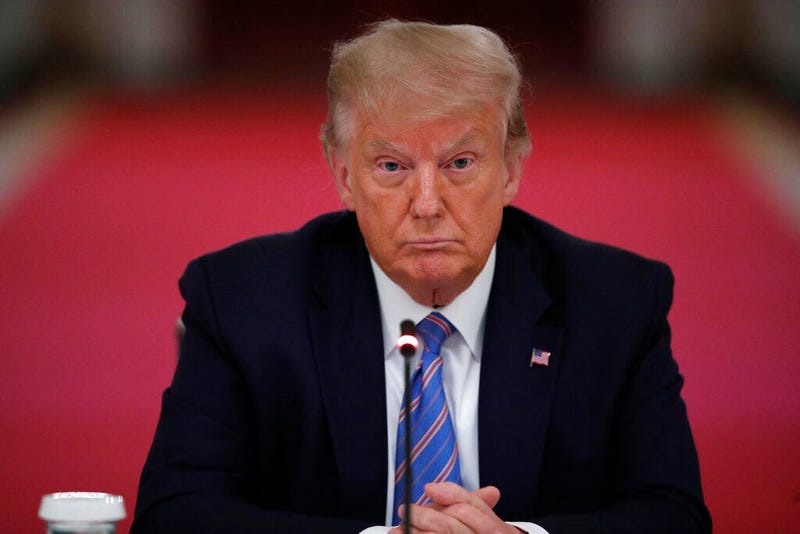 As President Donald Trump proposed Thursday there be a "delay" in November's presidential election, and he continues to float unfounded claims that mail-in voting is linked with fraud, here are some reasons why it is nearly impossible for that to happen.

The president tweeted Thursday: “With Universal Mail-In Voting (not Absentee Voting, which is good), 2020 will be the most INACCURATE & FRAUDULENT Election in history. It will be a great embarrassment to the USA. Delay the Election until people can properly, securely and safely vote???”

1. Can the president cancel or postpone an election with an executive order?

The short answer is no. As Article II of the Constitution clearly states, only Congress is empowered to chose the time of the general election. An 1845 federal law cemented the date as the first Tuesday after the first Monday in November, and it would take federal low to change that date. Congress is controlled by Democrats.

2. How likely is it that the November election will be delayed with an act of Congress?

The Constitution clearly states that the new Congress must be sworn in on Jan. 3 and that the new president’s term must begin on Jan. 20. It would be impossible to change those dates just by the passage of normal legislation.

3. Has there ever been a suggestion to delay the general election before?

According to the New York Times, in 2004 that some Bush administration officials discussed a strategy of "postponing a federal election in the event of a terrorist attack. But that idea fizzled quickly, and Condoleezza Rice, then the national security adviser, said that the United States had held elections in this country when we were at war, even when we were in civil war. And we should have the elections on time.”

4. How will the November election be handled procedurally?

The date of the general election is set by federal law, and the procedures for voting are controlled at the state level.

5. Are there really issues with fraud in mail-in voting?

There is no evidence of voter fraud through mail-in voting, even in states with all-mail votes.

President Trump assembled a panel in 2018 to investigate voting fraud and then disbanded it after no evidence was discovered.