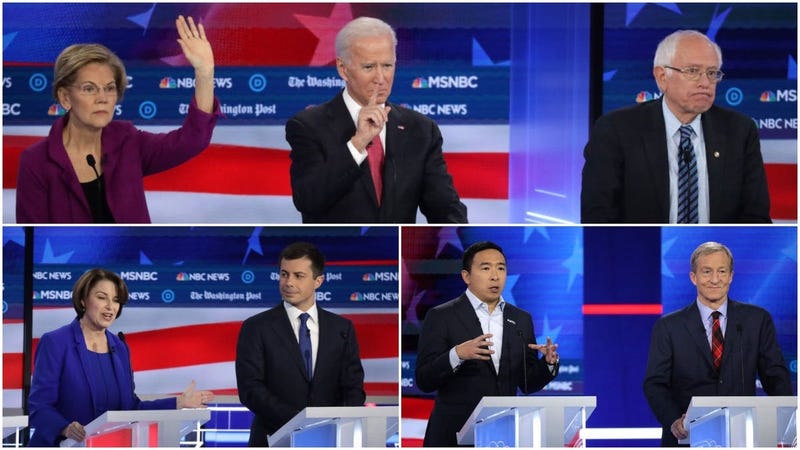 Seven Democratic candidates take to the stage tonight at Loyola Marymount University in Los Angeles, California for the latest presidential debate. The sixth democratic debate comes one day after the House voted for President Trump to be impeached.

It's going ahead after a rapid settlement to a union dispute on campus with all the candidates vowing they would not cross picket lines.

The debate was originally scheduled to be held at the UCLA Luskin School of Public Affairs, but it was moved to LMU. The labor dispute involved AFSCME Local 3299, a union representing more than 25,000 University of California service and patient technical care workers.

Democratic strategist Mike Lux tells KNX that he hopes there will be more focus on economic issues than in previous debates.

The venue of the debate has already been moved from UCLA because of protests over a long-running union dispute at that campus.

The debate will start at 5:00 p.m. The moderator is Judy Woodruff, anchor and managing editor at PBS NewsHour.

The debate will be carried live on PBS.org, CNN.com, and Politico.com.

The party at Blackbird House is organized by the Steyer campaign, the ones at the Revolver Video Bar and The Shack by volunteers supporting Buttigieg, the one at 111 Santa Monica Blvd. by the Warren campaign and the one at 13020 Pacific Promenade by the Sanders campaign.