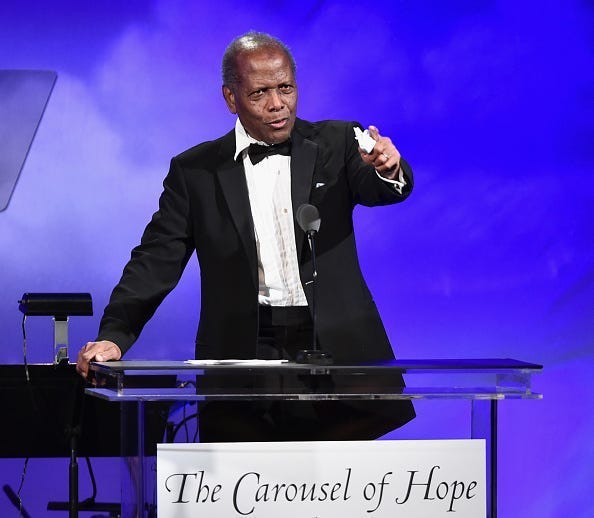 Following Hurricane Dorian, the nephew of famed actor Sidney Poitier confirmed to the New York Times Thursday that 23 relatives of the actor are unaccounted for, including his sister and her adult children.

Poitier's family extends to more than 500 Bahamians. The 92-year-old actor was born in Miami to Bahamian parents and raised in the islands.

“We haven’t been able to find any of them, nor have we heard from any of them,” Jeffrey Poitier, 66, told the Times in a phone interview from the Bahamas on Thursday. “We are still looking and hoping that they surface as soon as possible. It’s got us all worried.”

Portier, the first black actor to win an Academy Award for Best Actor for "Lilies of the Field," in 1963, grew up on Cat Island.

At one point, another relative, Kimberly Poitier, sent out a group text to try to help locate family members and thought she'd found Jeffrey Poitier's sister, but after examining a photo, it was determined it was the wrong woman.

Poitier was married to Juanita Hardy from 1950 to 1965, and together they had four children: Beverly Poitier-Henderson, Pamela Poitier, Sherri Poitier and Gina Poitier. He is currently married to Canadian-born actress Joanna Shimkus, and they have two children, Anika Poitier and Sydney Tamiia Poitier