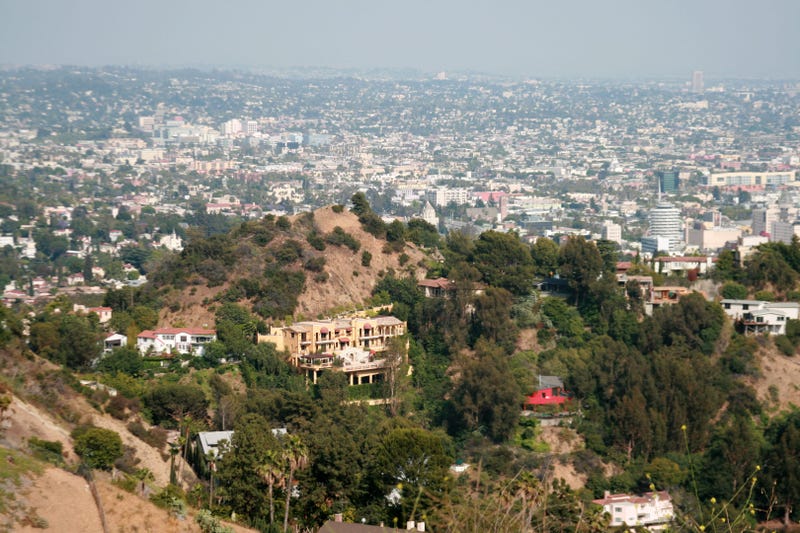 Officers on scene at a mansion on #MulhollandDrive in #LosAngeles where a shooting at a #party left 1 dead and possibly 3 wounded. @KNX1070 pic.twitter.com/IyWx1U5z2l

One attendee took a video of the party, including the gunfire, and posted it to social media.

Big Hollywood Hills mansion party off Mulholland Drive shots fired people shot a lot of big Ballers were gambling lost a lot of money we're pissed then a bunch of gangsters came in and robbed everybody and started shooting everybody. a lot of people with money and guns and gangsters got crazy I ran for my life it was crazy. #mansion #party #mulhollanddrive #shotsfired #peopleshot #danger #rappers #gangsters #gambling. #killed. #people #viral

In an aerial video from KTLA Sky5 cars could be seen lined up on the Beverly Crest property’s driveway. A food truck can be seen, as well as a DJ, and dozens of people on balconies and in the pool without masks or social distancing.

LAPD is investigating a house party on Mulholland Drive in Beverly Crest pic.twitter.com/wixnARovcW

Large gatherings have been prohibited by Los Angeles County and state officials.

A progressive activist group is challenging the Los Angeles County Sheriff's Department to answer questions about an apparent party allegedly thrown at a bar in Hollywood on Friday night.

An LASD spokesman told KNX they are looking into the alleged party, but said it is unequivocally not their staff.

Knock.LA affiliated with the group Ground Game LA posted a video on social media allegedly showing sheriff's personnel arriving for a party at Sassafras Saloon on Vine Street for an "LASD party."

According to reports by CNN, at least one of the people attending the party was a Los Angeles police officer. However, CNN is not naming the officer.

"If you're so concerned, why don't you call the police," the alleged LAPD officer told a reporter from CNN who tried to observe the party.