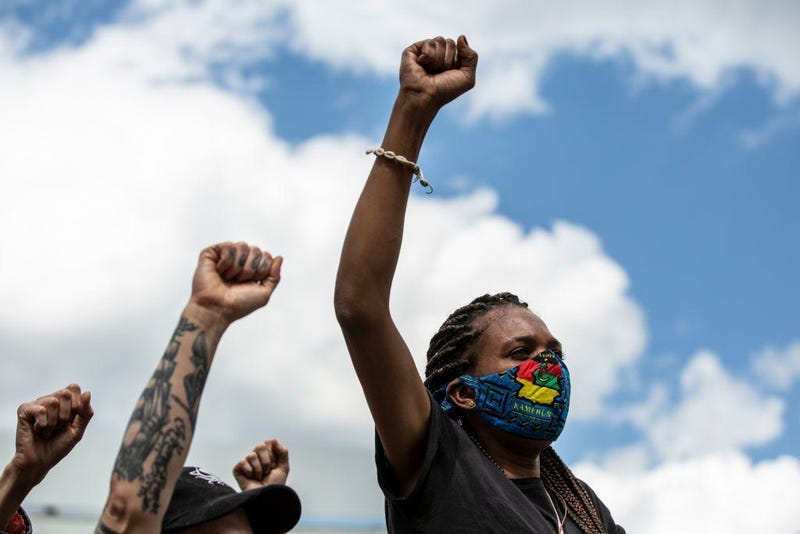 Tuesday is #BlackOutDay2020,  a day where many Black Americans will refuse to shop and if they do, they are suggesting the community only shops at Black-owned businesses.

The idea for the campaign began in early May after the murder of Ahmaud Arbery, in Georgia, and the March 13 shooting death by police of Breonna Taylor in Louisville.

According to KTLA, Calvin Martyr,  a social media personality and activist, has spent the last two months promoting the idea and likens it to the year-long Montgomery bus boycott of 1955.

“I don’t care about BLM painted across streets, I don’t care about syrup, rice or bandaids,” Martyr wrote on his Facebook page Friday. “What I DO CARE ABOUT: #JUSTICE for BREONNA TAYLOR; #JUSTICE for VANESSA GUILLEN; #JUSTICE for Elijah McClain; Tearing down systemic strongholds built to maintain privilege for some and keep others in bondage (mass incarceration, poverty, redlining wage gaps, education, healthy food options etc) … Y’all can have all that other stuff.”

Not sure where shop/eat/bank for #BlackoutTuesday? Here’s a pretty great list of Los Angeles Black-owned businesses to patronize...businesses that commit themselves to bettering our communities as well as serving them. Let’s support today and everyday!https://t.co/JRHyptKj2t

The goal of #BlackOutDay2020 is to force politicians and companies to acknowledge that change needs to happen and systemic racist policies need to end.

According to Nielsen, Black Americans spent more than $1 trillion on consumer goods in 2018 alone.

On June 1 several top record labels organized Black Out Tuesday as violent protests erupted around the world sparked by Floyd’s death as well as the killings of Ahmaud Arbery and Breonna Taylor. MTV and BET went dark for eight minutes and 46 seconds in support of Black Lives Matter and racial injustice. Music-based companies Live Nation and TikTok, as well as the Recording Academy, posted to social media that it planned to support and stand with the black community.