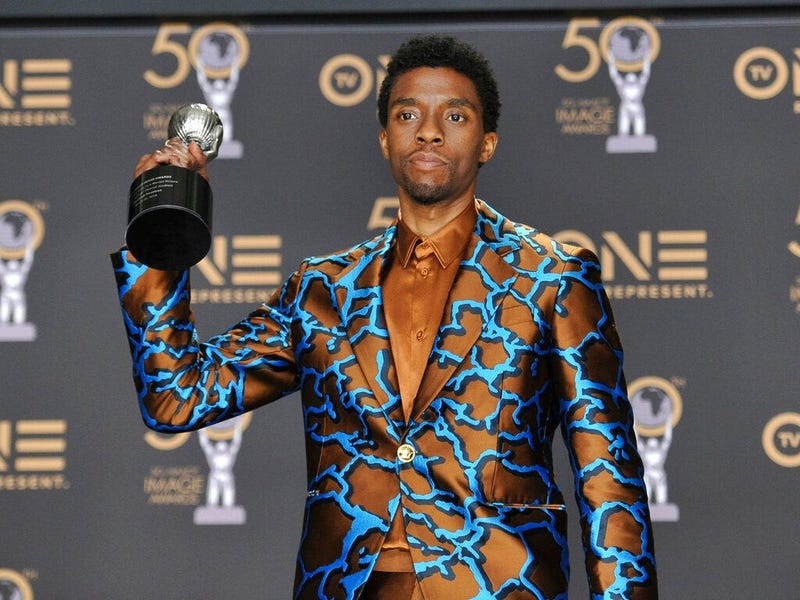 Actor Chadwick Boseman, best known for roles such as James Brown, Jackie Robinson, and the starring role in "Black Panther," has died at 43 after a four-year battle with cancer.

Although Boseman had not spoken publicly about his illness, he was diagnosed with colon cancer in 2016, according to Associated Press.

“A true fighter, Chadwick persevered through it all, and brought you many of the films you have come to love so much,” his family said in the statement. “From Marshall to Da 5 Bloods, August Wilson’s Ma Rainey’s Black Bottom and several more- all were filmed during and between countless surgeries and chemotherapy. It was the honor of his career to bring King T’Challa to life in Black Panther."

A Howard University grad, Boseman's  T'Challa character was first introduced to the Marvel movies in 2016's “Captain America: Civil War,” and his “Wakanda Forever” salute circled the globe in “Black Panther” in 2018.

“This is a crushing blow” actor and director Jordan Peele said on Twitter.

This is a crushing blow.

“This broke me,” said actor and writer Issa Rae.

He died at home in Los Angeles with his wife and family by his side, his publicist Nicki Fioravante told The Associated Press.