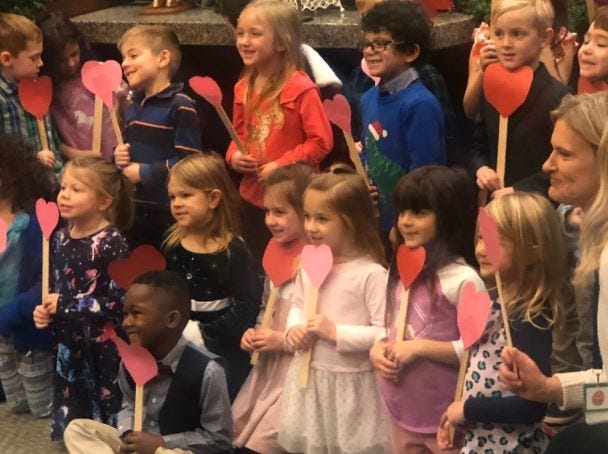 He brought his entire kindergarten class to be in the courtroom for the official hearing.

"We began the school year as a family," Clark's teacher told WZZM 13. "Family doesn't have to be DNA, because family is support and love."

So on the day that Michael's foster parents became his forever parents, dozens of kids stood behind him holding up sticks with hearts on them to help him celebrate. Each one also told the judge why they were there to support their friend and classmate.

Probably the cutest story you will ever see. A kid who’s being adopted invited his ENTIRE kindergarten class to attend his adoption. @wzzm13 pic.twitter.com/tb9WC4tjVO

"Sometimes their journeys have been very long, they've included miracle and change for the children and family and incredible community support as you're able to see today in Michael's adoption hearing," Honorable Judge Patricia Gardner said according to WZZM 13.

"His whole kindergarten class and school being here to say 'we love you,' and 'we support you' and 'we'll be here not only today but in all the years in the future.'"

We're told there wasn't a dry eye in the courtroom.