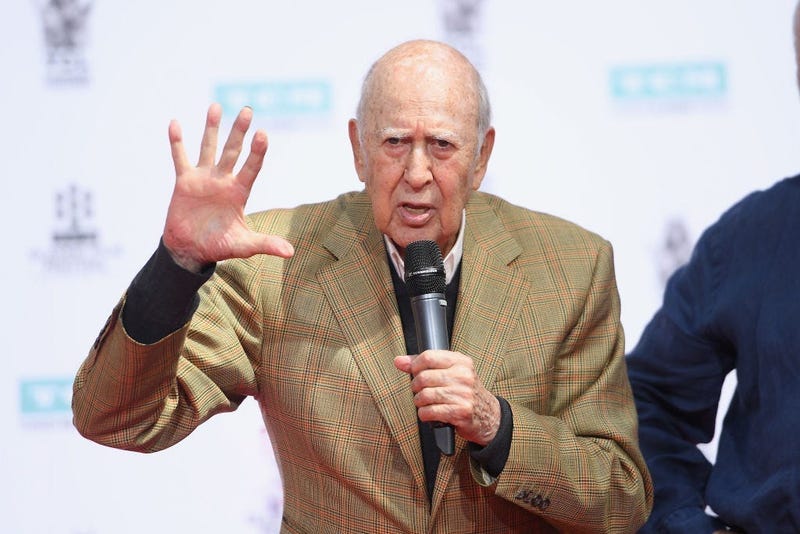 The award-winning actor, producer and director has more than 400 film credits and has won numerous awards in his seven decades in the business.

The Bronx-born legend was best known for his role as Alan Brady on the "The Dick Van Dyke Show."

Reiner worked as a machinist, according to Variety, and entered the Army during WWII.

In January, the Hollywood community mourned the multi-talented screenwriter and director Buck Henry, who died of a heart attack in Los Angeles on Wednesday at the age of 89.