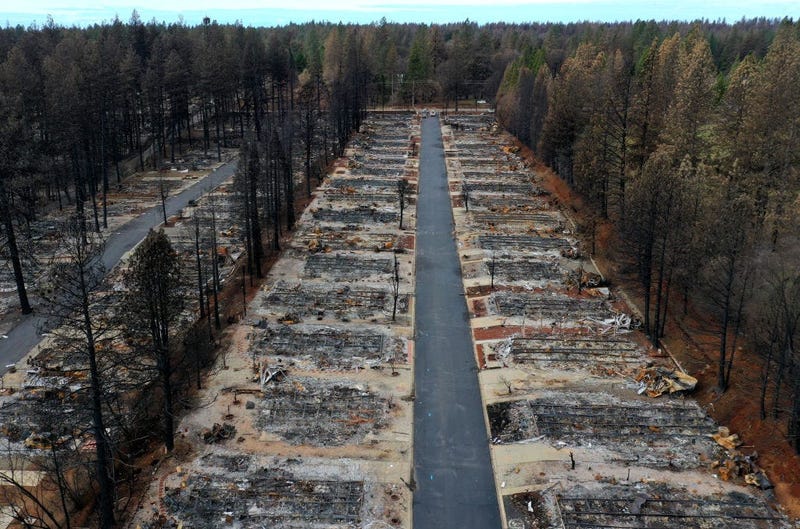 Cal Fire has determined that the Camp Fire, that burned in Butte County in November, was caused by electrical transmission lines owned by PG&E.

In February of this year, Pacific Gas & Electric Corp. inched closer to taking responsibility for the deadliest U.S. wildfire in a century, saying it is "probable" that one of its transmission lines sparked the blaze last year that killed 86 people and destroyed most of the city of Paradise.

The fire, deemed to be the most destructive fire in California history, killed 85 people.

The utility company, which filed for bankruptcy protection in January, said it's taking a $10.5 billion charge for claims connected to the fire in its fourth-quarter earnings.

The fire destroyed 18,804 structures and burned a total of 153,336 acres of land, including the city of Paradise, which was leveled.

-AP contributed to this report