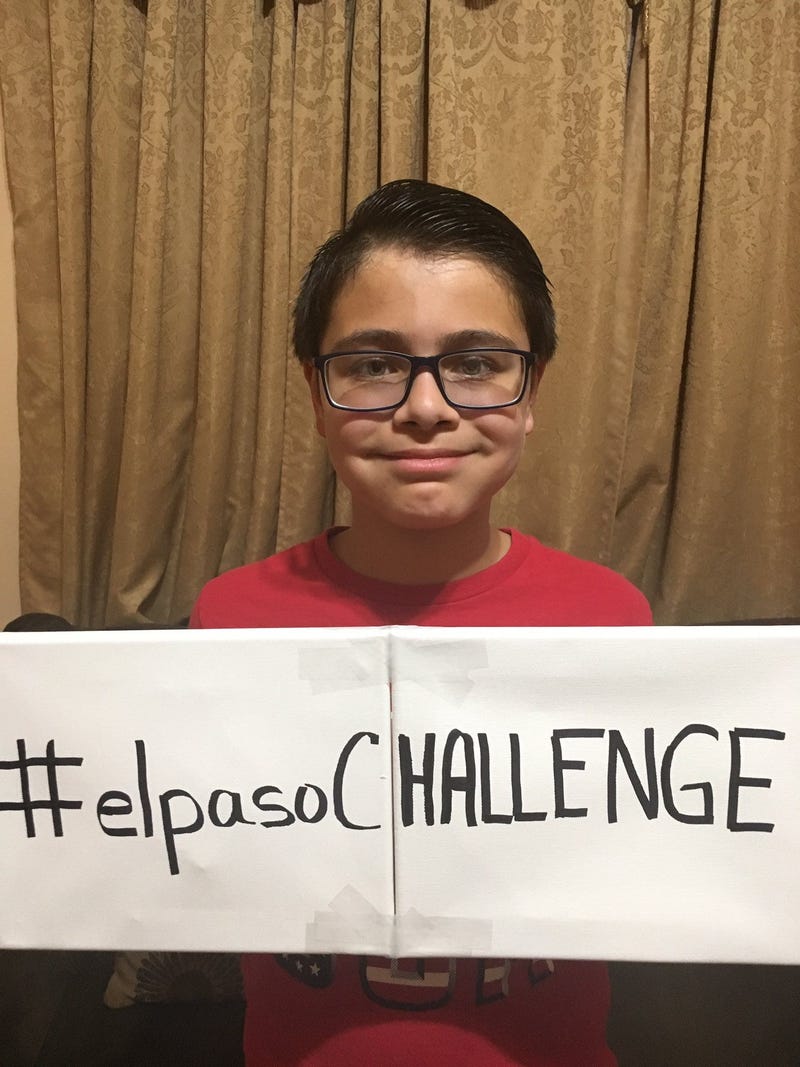 An 11-year-old boy from El Paso saw his community grieving after Saturday's mass shooting and wanted to find a way to help them heal. He and his mother started the "El Paso Challenge," a social media campaign to encourage people to give back and spread kindness.

Rose Gandarilla shared a photo of her son, Ruben, on Twitter, along with a photo of his plan for the El Paso Challenge. The purpose: honor the people killed in their city. The plan: challenge each person in El Paso to do 20 good deeds.

My 11 year old came to me with an idea. #elpasoCHALLENGE He challenges ALL El Pasoans to commit 20 Random Acts of Kindness. One for every person that was killed in our city’s mass shooting. Let’s get this done El Paso. @abc7breaking @kels1142 @YsletaISD @EPPOLICE @elpasoisd pic.twitter.com/pvy5Q9G4f6

Ruben wrote down several examples such as mowing someone's lawn, visiting a nursing home, paying for someone's lunch or dinner, taking flowers to the hospital, or simply telling someone how great they are.

"How to convince everyone to join the El Paso challenge: Hold up posters, pass out flyers, send it to Facebook," Ruben's note read. "This will show the world people from El Paso are kind and care for each other."

Ruben's plan worked: in about a day, more than 1,400 people were talking about the El Paso Challenge on Twitter. Nearly 3,000 people had shared his mom's Facebook post.

Several social media users – from Texas and beyond – started pledging 20 random acts of kindness with the El Paso Challenge hashtag.

Ruben not only challenges strangers on social media, he began spreading his message in person, too. When he and his mom were in Taco Bell, he walked up to a group of people and explained the challenge.

"This courageous young man came up to us at Taco Bell and challenged us to make El Paso a better place, the challenge is to do 20 good deeds in memory of the 20 who were killed in the Walmart shooting," El Paso native Chris Castaneda wrote on Facebook, sharing a photo of his group with Ruben. "I challenge you to fulfill this challenge and share this on your page to challenge others."

Some social media users who accepted the challenges took it a step father, pledging to do 22 acts of kindness – one for each victim of the shooting that took place at an El Paso Walmart on Saturday.

Prosecutors are pursuing a civil rights hate crime investigation and domestic terrorism charges and they will seek the death penalty for the suspect.