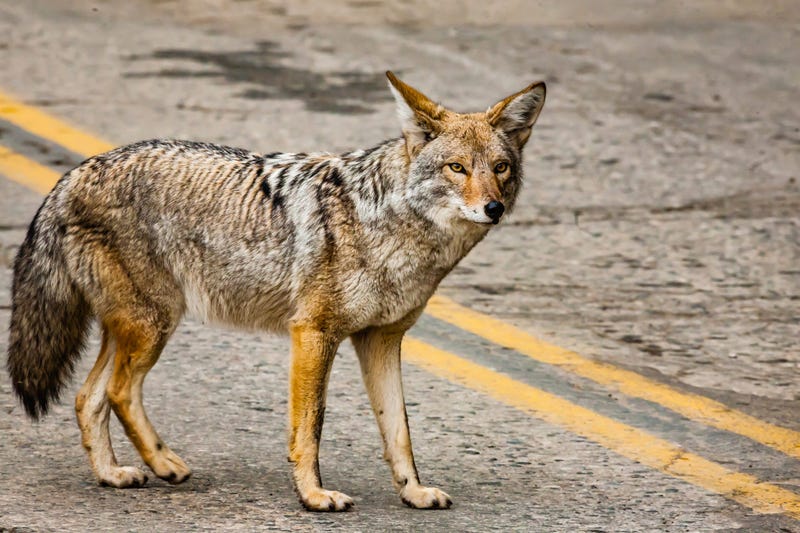 A 5-year-old boy was taken to the hospital Wednesday after a coyote bit him several times outside a nature museum in Lincoln Park, CBS Chicago reports. Police said the boy was near the Peggy Notebaert Nature Museum when a coyote bit him "multiple times" around 4 p.m.

A Fire Department spokesman said the boy was bitten on the head and was taken to Lurie Children's Hospital to be treated. His condition was stable, according to police.

After the attack, the coyote took off running north. CBS Chicago reported the coyote was still on the loose Wednesday night. Police drove squad cars along the running paths in the park of Lincoln Park with their spotlights shining.

One officer said over police radio that he planned to reach out to the nearby Lincoln Park Zoo to find out if anyone on staff there would ensnare the coyote. Meanwhile, Chicago Animal Care and Control officials confirmed two animal control officers were responding to the incident.

About half an hour before the attack, Twitter user Xime Mendez sent CBS Chicago a video of a limping coyote walking down the sidewalk just blocks from the museum.

@CharlieDeMar spotted today, two blocks away from the zoo at Lincoln Park pic.twitter.com/ewd268ShCZ

In recent days, several coyotes have been spotted walking the streets of Chicago. While attacks on people are extremely rare, dogs have been targets.

A little more than a week ago in Old Town, a 5-pound toy poodle puppy naked Ki-Ki barely survived a coyote mauling. The night before, a Schnauzer named Missy was attacked in the Cabrini Rowhouses.

Another coyote spent more than four hours in a yard near North and Clybourn avenues and was caught on video howling. It was one of at least 10 reports of coyotes phoned into Chicago Animal Care and Control in the past week.

Experts say coyotes have found ways to adapt to city life because there is food for them in the city such as rodents.

"In general, coyotes are adapting to cities. They're doing better and better over time as they learn how to make use of these urban landscapes that we've created," said Seth Magle of the Lincoln Park Zoo's Urban Wildlife Institute. "I feel confident in saying I think that their numbers are generally on the upswing."

The Humane Society advises that if you see a coyote, you should not run or turn your back. You should instead shout or throw something in the coyote's direction, in what is called hazing.

If the coyote does not respond to hazing, it may have been fed by someone or found trash left out. Use caution, as the coyote could be aggressive.