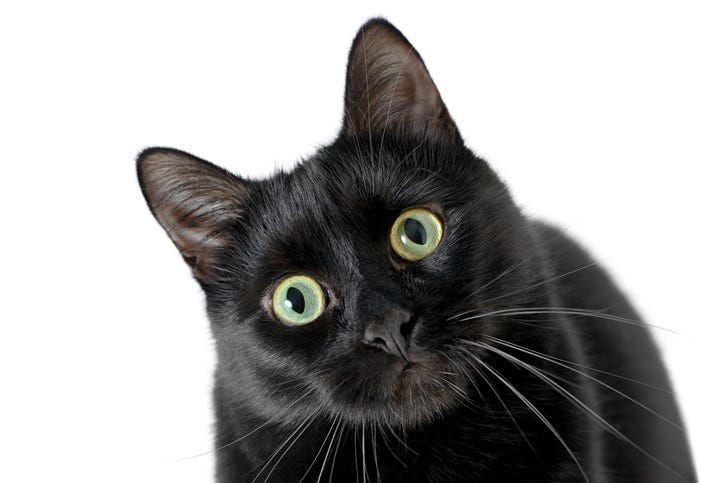 Halloween may be over, but that didn't stop a black cat from making its presence known on Monday night. In the middle of a Monday Night Football game between the New York Giants and the Dallas Cowboys, a black cat darted onto the field as stunned fans and commentators looked on.

The cat wandered the field before sprinting through the Giants' end zone, and eventually disappeared under a seat section. Some fans believe the cat brought bad luck — the Giants had been leading the Cowboys prior to the disruption, but ended up losing 37-18.

Halloween isn't over yet -- pic.twitter.com/XhLDP3NgJO

Sports Illustrated studio host and New York Giants reporter Madelyn Burke said that, according to MetLife Stadium, the black cat is one of the "resident stray cats" there. According to Burke, the stadium plans to capture the cat and take it to a vet for examination.

Asked building security about the black cat on the field: Apparently there are some resident stray cats at MetLife— they usually come out after the game, people feed them, etc. They live in the bleachers, I’m told this one must have gotten startled out by fan noise #journalism

While this cat seemed to spell misfortune for the Giants, it's not the first time an animal has become the highlight of a sporting event.

In July, a cat decided to take part in a soccer game between Real Salt Lake and Tigres UANL. The cat darted between the legs of Tigres forward André-Pierre Gignac, in what appeared to be an attempt to make itself available to score a goal. While it did make itself open for a kick, the cat ended up using its speed and agility to run back off the field.

Anyone need a winger? -- pic.twitter.com/lOd2irSGqy

Back in 2013, two canines took over another professional soccer game in Turkey. The two dogs joined the Galatasaray and Aalen teams for a game of 'chase the plastic bag,' running in circles before security managed to escort them off the field.