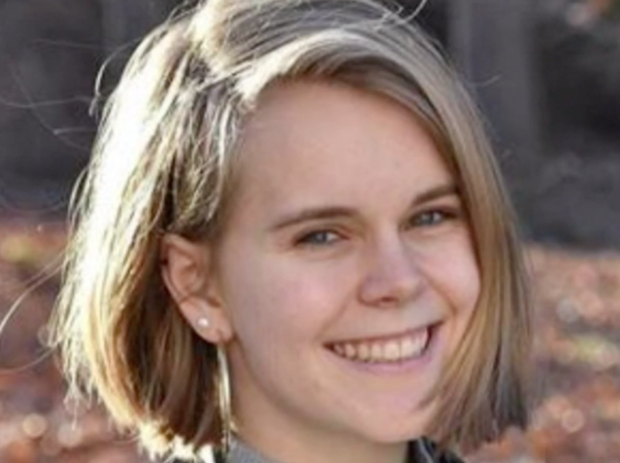 A 13-year-old boy will be charged in the murder of Tessa Majors, a freshman at Barnard College in Manhattan, who died after being stabbed in Morningside Park on Wednesday night, CBS News has learned. The 13-year-old was caught trespassing in a building on Thursday wearing clothes that matched the description of the suspect.

Police arrested him for criminal trespass and during a search found he was carrying a knife. He later confessed that he and two others murdered Majors, CBS New York reports.

Sources say the boy told investigators that he and two friends attempted to rob Majors and stabbed her. Police are now looking for the two other suspects.

Majors was stabbed several times in Morningside Park, near West 116th Street, shortly before 7 p.m. local time Wednesday. She staggered up a staircase onto the street where a school security guard found her and called 911. Five people have reported being robbed at or near the same staircase since June, The New York Times reports.

In a statement Thursday, Columbia University said, "The public safety officer assigned to 116th Street and Morningside Drive was at his post last night when the victim emerged from the park, and he came to her aid immediately upon recognizing that she was injured. ... Officers stationed at this location do not make rounds that cause them to leave their post."

Police called to the scene found her unconscious and EMS transported her to Mount Sinai St. Luke's Hospital, where she was pronounced dead, according to the NYPD.

The park is a popular thoroughfare for many college students who live near or around Columbia University and Barnard College. According to NYPD statistics, crime is up in the park, and the city's murder rate is also up some 8%.

In April, police said a group of teens between the ages of 12 to 15 attacked three women on three separate occasions in the Morningside Heights neighborhood near the park, CBS New York reports.

Crime in Morningside Park was so rampant in the 1960s and 70s that the New York Daily News reported locals referred to it as "Muggingside Park." But by 2001, The New York Times declared that the Morningside "nightmare" had ended, writing, "children are in the playgrounds … and Columbia students routinely settle under trees to read."

Asked by CBS News correspondent Errol Barnett why the murder rate is higher this year compared to last year, New York City Mayor Bill de Blasio said: "Look, it's a question we are asking ourselves strategically — not just, we feel it emotionally. Every single one of us gets the same reports every morning and they're not just numbers to us, they're human lives."

The mayor said he can't pinpoint a single reason for the increase, but overall, major crimes are down in New York City.

"The idea that a college freshman at Barnard was murdered in cold blood is absolutely not only painful to me as a parent, but terrifying that that could happen anywhere," de Blasio said.