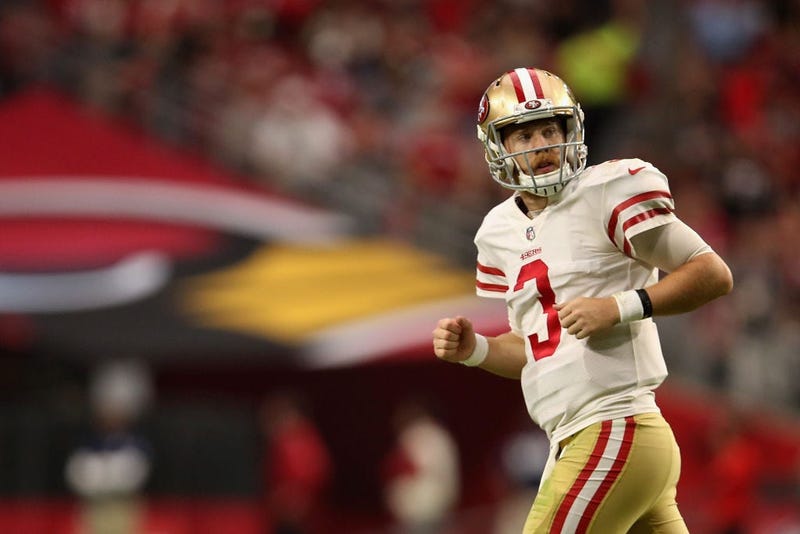 According to police, Beathard and several others got into an argument over a woman at The Dogwood bar. Around 3 a.m., the argument moved outside where Beathard and two others were stabbed. Beathard and Paul Trapeni III, 21, were taken to Vanderbilt University Medical Center where they were pronounced dead.

The third stabbing victim was has been released from the hospital.

"The 49ers family was shocked and and deeply saddened to learn of the tragedy involving C.J. Beathard's younger brother, Clayton," the 49ers said in a statement. "We extend our heartfelt sympathies to C.J. and the entire Beathard family as they cope with the unthinkable loss of a loved one. C.J. has traveled home to join his family knowing he has the support of our entire organization as they grieve the passing of Clayton."

All three stabbing victims were 2016 graduates of Battle Ground Academy in Franklin, Tennessee.

"We offer our condolences and deepest sympathies to the Beathard and Trapeni families," the school said in a statement.

"We are devastated by this tragic loss to our community," Head of School Will Kesler said in a statement. "No one should have to endure such a terrible loss of loved ones. We pray for the families and their friends for strength, support, and guidance through this most difficult time."