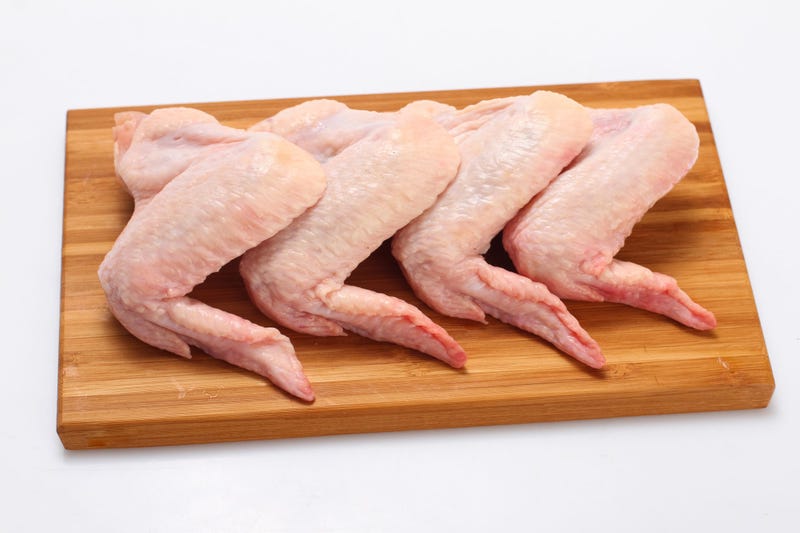 In addition to the frozen wings, which were imported to Shenzhen, the outer packaging of frozen Ecuadorian shrimp sold in Xian also tested positive for the virus on Thursday, Reuters reported, citing local authorities.

On Wednesday, traces of coronavirus were found on a package of frozen shrimp in Anhui province. The shrimp was also from Ecuador.

While the CDC says there is no evidence to suggest that consuming or handling food is associated with COVID-19, China has been increasing screenings amid concerns over food imports.

Coronaviruses are thought to spread mostly person-to-person through respiratory droplets, the CDC says. However, "it is possible that a person can get COVID-19 by touching a surface or object, including food or food packaging, that has the virus on it and then touching their own mouth, nose, or possibly their eyes," the CDC says.

The CDC recommends washing your hands thoroughly with soap and water after handling food, or before cooking and eating food.

Still, all meat and seafood containers coming into major ports in China are being screened. In June, China suspended some meat imports – including those from Brazil, Reuters reports.

As a precaution, anyone who might have come in contact with the potentially contaminated food products in Shenzhen were traced and tested by health authorities there. All results were negative, the city said, according to Reuters.

Tests are also being conducted for those who may have come in contact with the contaminated shrimp, as well as the environment surrounding the local market, in Xian.

CBS News has reached out to the Brazilian and Ecuadorean embassies in Beijing for comment.