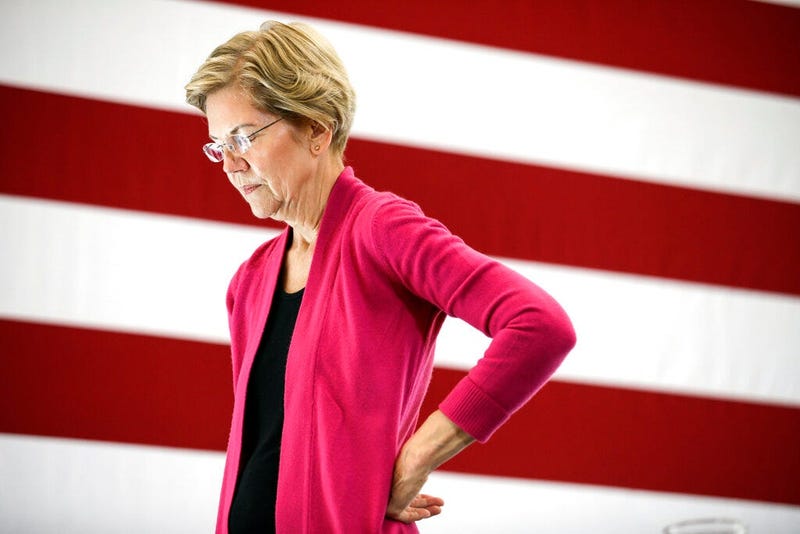 Elizabeth Warren is assessing the future of her campaign after disappointing losses in Super Tuesday states, including a third-place finish in her home state of Massachusetts.

Warren "is talking to her team to assess the path forward," an aide to the Massachusetts senator told CBS News.

Speaking to supporters on Tuesday evening, Warren indicated that she did not plan to drop out of the race.

"My name is Elizabeth Warren, and I'm the woman who's going to beat Donald Trump," Warren said as she took the stage in Detroit. She urged voters not to listen to prognostications from pundits, but instead to vote with their hearts.

"Prediction has been a terrible business, and the pundits have gotten it wrong over and over," Warren said.

In a memo to staff, Warren campaign manager Roger Lau said that the team was "disappointed in the results."

"Last night, we fell well short of viability goals and projections, and we are disappointed in the results. We're still waiting for more results to come in to get a better sense of the final delegate math. And we also all know the race has been extremely volatile in recent weeks and days with frontrunners changing at a pretty rapid pace," Lau said in the memo. "But we are obviously disappointed."

The Democratic field appeared to narrow to a two-man race, after Joe Biden and Bernie Sanders each won several of the 14 states up for grabs on Tuesday. Mike Bloomberg, who only won American Samoa, announced Wednesday morning that he is dropping out of the race and endorsing Biden.

In the run-up to Super Tuesday, Biden's candidacy gathered strength from the endorsements of former opponents Amy Klobuchar, Pete Buttigieg and Beto O'Rourke, indicating a consolidation of the party's moderate wing behind the former vice president.

Biden picked up wins in Massachusetts, Virginia, North Carolina, Alabama, Arkansas, Tennessee, Minnesota, Oklahoma and Texas, according to CBS News projections, while Sanders won in Colorado, Utah and his home state of Vermont. Sanders is also currently leading in California.