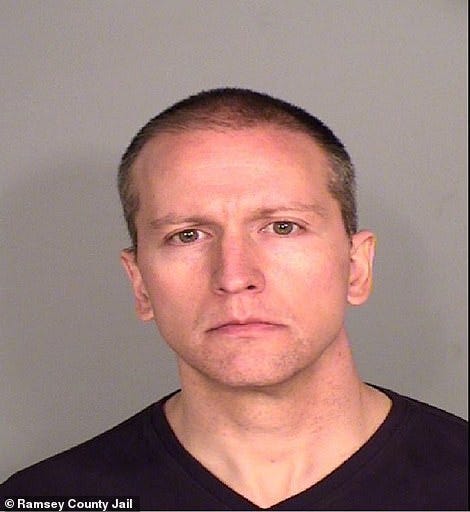 The former Minneapolis police officer charged with killing George Floyd could still receive pension benefits starting in just a few years, even if he's convicted. Pension officials in Minnesota confirmed to CBS News that the ex-officer, Derek Chauvin, could collect more than $1 million in benefits over the next three decades.

Chauvin, 44, was fired in May one day after video showed him putting his knee on Floyd's neck for eight minutes and 46 seconds during an arrest, leading to Floyd's death. Chauvin now faces a second-degree murder charge and is held on $1 million bail; three other officers who were also fired were charged for aiding and abetting murder.

But Minnesota is one of several states that has no law relinquishing or reducing pension for public employees if they are convicted of felonies related to their work. This means Chauvin, who worked for the Minneapolis police department since 2001, could be eligible for pension benefits — partially funded by taxpayers — even if he's convicted and imprisoned. Chauvin faces up to 40 years behind bars if found guilty.

CNN first reported Chauvin's benefits and the amount he is likely to receive.

The Minnesota Public Employees Retirement Association told CBS News that members can begin early retirement benefits at age 50. If Chauvin started collecting a $50,000 annual benefit when he's 55, he stands to receive more than $1 million in payouts if he lives to at least 75, the association said. Factors such as cost of living increases and Chauvin's previously logged overtime could boost his benefits even more.

The association's executive director, Doug Anderson, told CBS News that new legislation is the only thing that could keep Chauvin from collecting the cash. "A change to state law would be required," he said.

Minnesota's Legislative Commission on Pensions and Retirement makes recommendations to lawmakers on changes for pension laws. Its executive director, Susan Lenczewski, told CBS News the commission has not met since a week before Floyd's death and does not have another meeting scheduled.