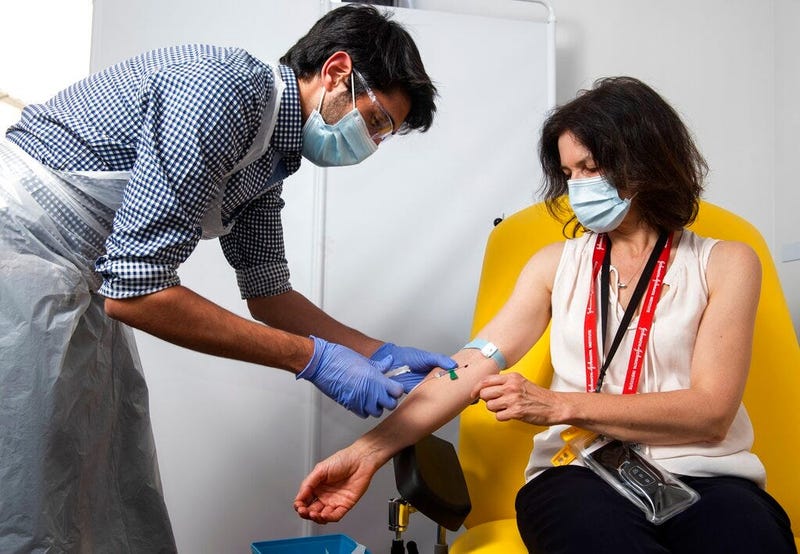 Goldman Sachs expects the Food and Drug Administration to approve at least one coronavirus vaccine this year. That would allow "large shares" of the U.S. population to get inoculated by July of next year, according to the investment bank.

"While highly uncertain, our baseline expectation is that a large number of vaccines eventually gain approval with at least one FDA approval this year," Daan Struyven, a senior economist at Goldman, told investors in a report on Monday.

Drugmakers have 26 vaccines in clinical trials, he noted. Among the candidates are a dozen that have reached Phase II trials and six that are in Phase III undergoing tests for large-scale efficacy and safety. For Europeans, U.S. regulatory approval of an initial vaccine would allow them to get vaccinated by October.

"For context, it took hepatitis B — the disease with the largest number of attempts — decades to reach the number of developments COVID-19 has sparked in a few quarters," Struyven said.

Dr. Anthony Fauci, director of the National Institute of Allergy and Infectious Diseases, expressed hope last month that a "safe and effective" vaccine would be available by late fall or early winter. But he and other experts have cautioned that scientists may need to develop several vaccines to beat COVID-19. One recent study determined there are six distinct "types" of coronavirus involving different clusters of symptoms.

The coronavirus has spread like wildfire across the U.S., most recently in southern and western states. The pandemic is now "extraordinarily widespread" in rural areas that weren't affected by earlier waves, Dr. Deborah Birx, the White House coronavirus task force coordinator, told CNN.

As case numbers rise and containment appears unlikely, economic recovery becomes largely dependent on the availability of a vaccine. Struyven based his timeline for a vaccine on the broad pipeline of treatments, promising preliminary results and increased funding in late-stage trials, as well as regulators' flexibility around approval.

A move by the FDA to approve a vaccine by year-end would provide a major boost for the economy, halting the "scarring effects from bankruptcies and layoffs," according to Goldman.

Although Goldman said drugmakers are moving quickly to develop possible vaccines, the Wall Street firm also sought to temper expectations about their efficacy in combating the virus.