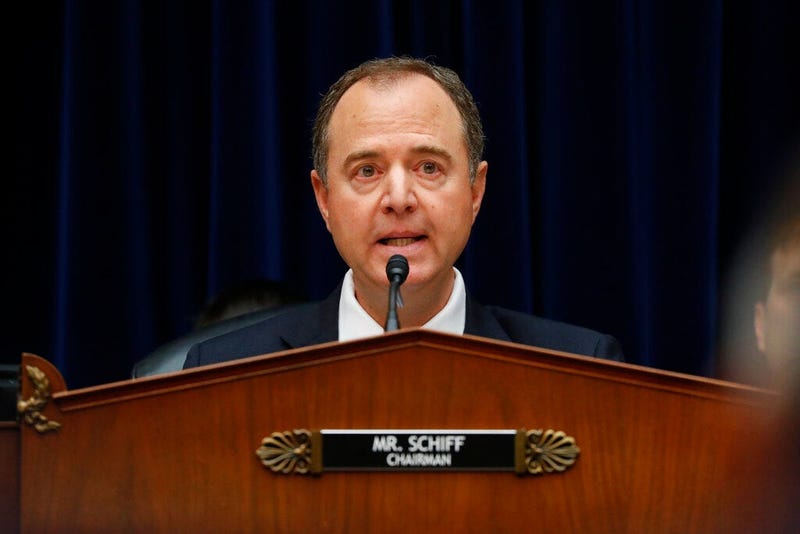 Washington — House Democrats released their report on the impeachment investigation into President Trump's dealings with Ukraine, accusing the president of placing "his own personal and political interests above the national interests of the United States" and endangering national security by soliciting assistance from a foreign government to boost his reelection prospects.

The report is based on public and private testimony by more than a dozen witnesses before three committees over the past two months. The case against the president centers on a delay in military aid to Ukraine and Mr. Trump's request that the Ukrainian president investigate a political rival and unfounded allegations of Ukrainian interference in the 2016 election.

The report runs 300 pages and was written by Democratic staffers on the House Intelligence, Foreign Affairs and Oversight Committees. Members of the Intelligence Committee will meet Tuesday at 6 p.m. to vote on adopting the report before sending it to the Judiciary Committee, along with a separate report prepared by Republican members.

House Intelligence Committee Chairman Adam Schiff wrote in the preface of the report that the president had not only compromised American national security by withholding aid to Ukraine, but also obstructed justice in his opposition to the inquiry.

"The evidence of the President's misconduct is overwhelming, and so too is the evidence of his obstruction of Congress. Indeed, it would be hard to imagine a stronger or more complete case of obstruction than that demonstrated by the President since the inquiry began," Schiff wrote. He added that "the damage to our checks and balances, and to the balance of power within our three branches of government, will be long-lasting and potentially irrevocable if the president's ability to stonewall Congress goes unchecked."

Schiff also condemned Mr. Trump for attempting to involve Ukraine in domestic politics, given he was elected in 2016 "with the benefit of an unprecedented and sweeping campaign of election interference undertaken by Russia in his favor, and which the President welcomed and utilized." The U.S. intelligence community concluded Russia interfered in the 2016 election with the hopes of boosting Mr. Trump's campaign.

In their companion report released Monday, House Republicans defended the president's dealings with Ukraine and accused Democrats of trying to overturn the results of the 2016 election. The 110-page report written by Republican staffers argued that the evidence collected does not support the allegations at the center of the impeachment inquiry.

"The Democrats' impeachment inquiry is not the organic outgrowth of serious misconduct; it is an orchestrated campaign to upend our political system," it said. "The Democrats are trying to impeach a duly elected President based on the accusations and assumptions of unelected bureaucrats who disagreed with President Trump's policy initiatives and processes."

Both the Democratic and Republican reports were published ahead of the Judiciary Committee's first public hearing with legal experts, which will take place on Wednesday. Lawmakers will hear from four constitutional law experts about the history of impeachment and what constitutes an "impeachable offense." Republicans on the Judiciary Committee demanded the addition of other witnesses to showcase a "wider array of perspectives regarding impeachment."