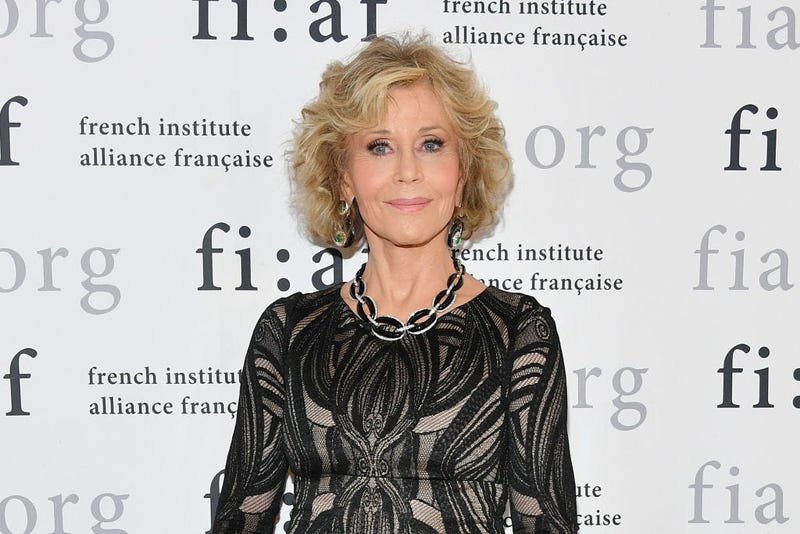 October 11, 2019 10/11/2019 8:40 pm
Jane Fonda was arrested Friday as she protested climate change on the steps of the U.S. Capitol building, CBS affiliate WUSA reports. The 81-year-old actress and a group of protestors were participating in her weekly "Fire Drill Friday" campaign.

Happening Now — @Janefonda is HERE on Capitol Hill...Planning to be arrested while protesting climate change political paralysis.She tells us she’ll be here *every* Friday into 2020 — demonstrate, get arrested, repeat.@WUSA9 #ClimateChange #breaking #FireDrillFriday pic.twitter.com/4bvV4qVmxg

A total of 16 people were arrested at the protest on Friday, Capitol Police told CBS News. They were all charged with crowding, obstructing or incommoding.

Fonda, who moved to Washington, D.C., to fight against climate change, made a vow to demonstrate on the steps of the Capitol building every Friday through January. Celebrities, scientists, economists and people from impacted communities will join her for "Fire Drill Friday," each week.

"I will be on the Capitol every Friday, rain or shine, inspired and emboldened by the incredible movement our youth have created. I can no longer stand by and let our elected officials ignore – and even worse – empower – the industries that are destroying our planet for profit. We can not continue to stand for this," Fonda says on her website.

Each week, the protests will focus on a new topic, from calling for a Green New Deal to protecting indigenous lands.

WUSA reporter Mike Valerio, who was on the scene, captured video of Fonda's arrest.

"We have to be sure that the crisis that is climate change remains front and center like a ticking time bomb," Fonda said, according to WUSA. "We don't have very much time, and it's really urgent."