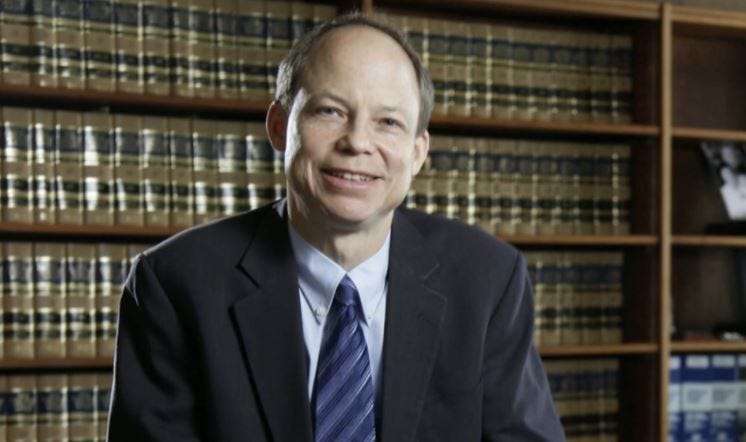 A California judge who was recalled last year for giving a Stanford University student a controversial sentence in a sexual assault case was briefly hired as a high school girls' tennis coach, CBS station KPIX-TV reports. A day after news spread about former Judge Aaron Persky's new job, he was fired.

"We believe this outcome is in the best interest of our students and school community," the Fremont Union High School District said in a statement to KPIX-TV Wednesday. Persky was hired to coach the junior varsity girls' tennis team at Lynbrook High School in San Jose, California.

He gained national attention in 2016 for sentencing Brock Turner to six months in jail for sexually assaulting an unconscious woman behind a dumpster. Turner served three months in jail, returned to his home state of Ohio and had to register as a sex offender.

On Tuesday, a spokesperson for the school district called Persky a "highly qualified applicant," noting he had a high rating from the U.S. Tennis Association and attended several coaching clinics, KPIX-TV reported. Officials met with players' parents to discuss Persky's hiring.

The district didn't provide a reason for Persky's termination. In a statement to the San Jose Mercury News, Persky accused Superintendent Polly Bove of being "motivated by a desire to protect the players from the potentially intrusive media attention related to my hiring."

"Although I am disappointed with the district's decision, it was a privilege to coach the team, if only for a short time," Persky said. "I wish all of the players the best in their future academic and athletic endeavors."

The school district's decision came ahead of a "60 Minutes" interview with the woman Turner assaulted. Correspondent Bill Whitaker's interview with Chanel Miller is scheduled to air on Sunday, September 22.