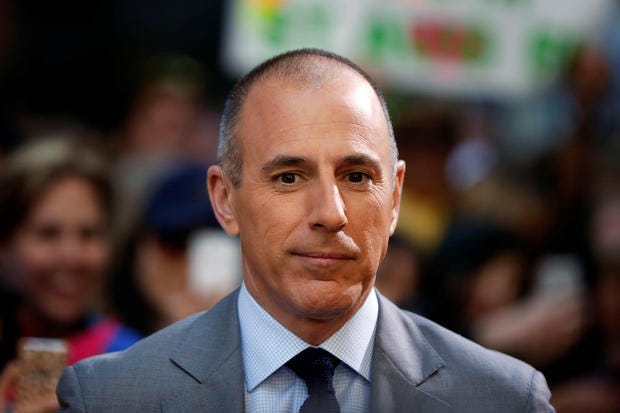 Former NBC News anchor Matt Lauer has vehemently denied a former colleague's allegation that he raped her in a hotel room in 2014. In a letter provided to Variety, Lauer called the encounter with former NBC News employee Brooke Nevils  —  which was revealed in Ronan Farrow's new book  —  an extramarital affair and wrote "I have never assaulted anyone or forced anyone to have sex. Period."

"In a new book, it is alleged that an extramarital, but consensual, sexual encounter I have previously admitted having, was in fact an assault," Lauer wrote. "It is categorically false, ignores the facts, and defies common sense."

He added that he had made a concerted effort for nearly two years not to speak about accusations against him in order to protect his family. But after the newest allegation, Lauer wrote: "My silence has been a mistake."s that Nevils claimed Lauer raped her in his hotel room at the 2014 Sochi Olympics. In his letter, Lauer refuted Nevils' accusation and called her "a fully enthusiastic and willing partner."

"The story Brooke tells is filled with false details intended only to create the impression this was an abusive encounter," Lauer wrote in the letter published by Variety. "Nothing could be further from the truth. There was absolutely nothing aggressive about that encounter. Brooke did not do or say anything to object. She certainly did not cry. She was a fully enthusiastic and willing partner."

Nevils says there were more sexual encounters with Lauer when he returned to New York, telling Farrow, "This is what I blame myself most for. It was completely transactional. It was not a relationship." Farrow says Nevils told colleagues and superiors at NBC about the encounters.

Lauer's letter, which is blunt and occasionally graphic in its details, argues that Nevils' story is "filled with contradictions." He claims that Nevils did not even work for him and that she met him at his apartment "on multiple occasions to continue the affair."

"She says she felt pressure to continue the affair because I had control over her career, but she did not work for me, the Today Show, or NBC News," Lauer writes. "She said she wanted to remain anonymous, yet she was reportedly trying to sell a book within year after filing her complaint."

In 2017, when the Me Too movement gained momentum with the downfall of Hollywood mogul Harvey Weinstein, Farrow says Nevils confided in former "Today" show co-anchor Meredith Vieira about the alleged assault. Vieira urged Nevils to "file a formal complaint report with NBC's office of human resources," which Farrow says she did. According to Nevils, after Lauer was fired, she learned NBC News president Noah Oppenheim and chairman Andrew Lack were "emphasizing that the incident had not been 'criminal' or an 'assault.'"

After a five-month internal investigation, NBC Universal reported in May 2018 that no one in leadership or authority positions at NBC News "received any complaints about Lauer's workplace behavior prior to November 27, 2017."

In his letter, Lauer was adamant that his encounters with Nevils were consensual and that his silence since sexual assault allegations were made against him two years ago only "emboldened those who continue to do me harm with false stories." In his letter, Lauer admits to extramarital relationships and argues that the women who have accused him of wrongdoing have "shielded themselves from blame."