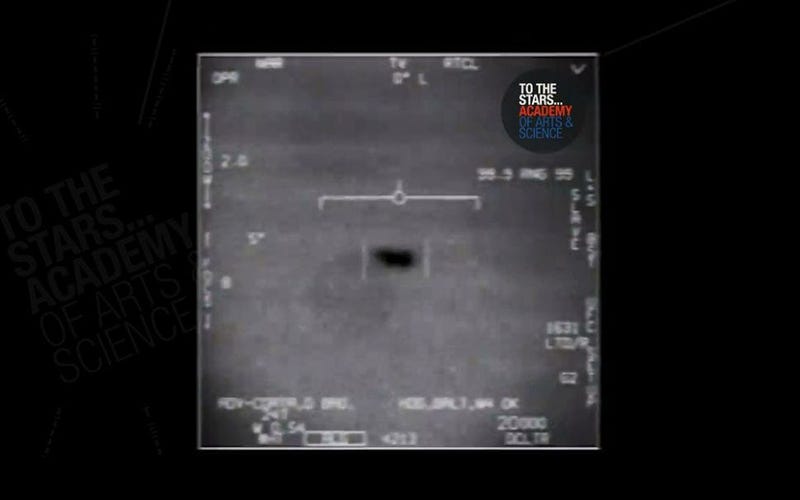 According to the ONI spokesperson, these documents were either labeled "SECRET" or "TOP SECRET" by the agencies that provided them, and that sharing the information with the public "would cause exceptionally grave damage to the National Security of the United States."

These top-secret files included several "briefing slides" about the incident, provided to the ONI by an unnamed agency. (Because ONI officials did not classify the slides personally, they are unable to declassify them, the spokesperson added).

The ONI also admitted to possessing at least one video of unknown length, classified as "secret" by the Naval Air Systems Command (NAVAIR). ONI didn't reveal whether this footage is the same 1-minute video that was leaked online in 2007 and widely released by The New York Times in 2017. However, in November 2019, several naval officers who witnessed the incident aboard the Nimitz told Popular Mechanics that they had seen a much longer video of the encounter that was between 8 and 10 minutes long. These original recordings were promptly collected and erased by "unknown individuals" who arrived on the ship by helicopter shortly after the incident, one officer said.

Luis Elizondo, a former Pentagon staffer who helped make the Navy video public, told Vice that "people should not be surprised by the revelation that other videos exist and at greater length."

The FOIA request, submitted in October 2019 by an independent researcher, asked for access to any nonclassified records or portions of records regarding the 2004 UFO encounter. No additional documents were mentioned in the ONI's response besides the classified briefing and video.