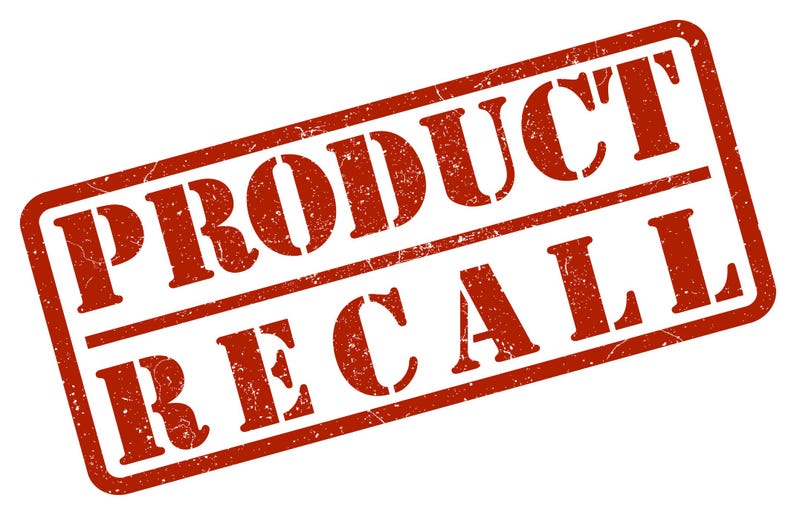 Contigo is recalling nearly 6 million kids' water bottles for a second time because their spouts can detach and pose a choking hazard.

The recall involves Contigo Kids Cleanable water bottles and replacement lids given to consumers as part of a previous recall of the product in 2019, according to a notice posted by the U.S. Consumer Product Safety Commission. The company has received more than 400 reports of the product's spout detaching, including 27 spouts found in kids' mouths, federal safety officials said.

The bottles were sold online and nationwide at retailers including Costco, Walmart and Target from April 2018 through February 7, 2020, for between $9 and $24. About 5.7 million of the recalled bottles were sold in the U.S.; another 157,000 were sold in Canada and 28,000 in Mexico. They were sold individually and in two-packs and three-packs.

Consumers should stop using the recalled bottles and replacement lids, take them away from children and contact the company for a replacement, the CPSC said.

The recall involves water bottles in solid colors as well as graphics. The base and cover of the clear silicone spout in the recall are black, with "Contigo" printed on the rim and along the front near the bottom of the bottle. The water bottles come in three sizes: 13-ounce, 14-ounce and 20-ounce.

Consumers can call Contigo toll-free at (888) 262-0622 from 8 a.m. to 5 p.m. Eastern time Monday through Friday, or go online at www.gocontigo.com/recall or www.gocontigo.com and click on recalls at the bottom of the page for more information.