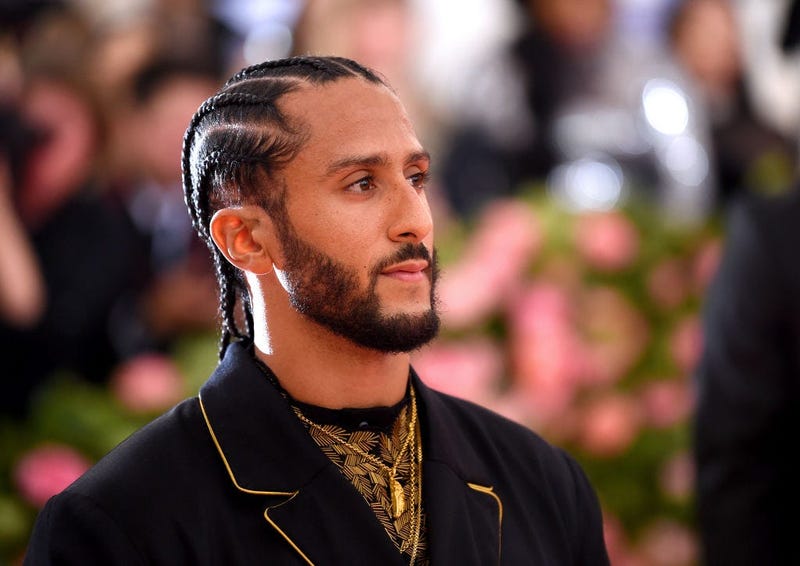 Former San Francisco 49ers quarterback Colin Kaepernick posted a video to Twitter on Wednesday in which he said he's "still ready" for an NFL return. The video, which has garnered over 2.6 million views, kicks off with a graphic saying "denied work for 889 days."

Then the free agent speaks: "5 a.m. Five days a week. For three years. Still ready." In the minute-long video, Kaepernick is seen working out using free weights and exercise machines as a dubstep-style track plays.

5am. 5 days a week. For 3 years. Still Ready. pic.twitter.com/AGczejA1rM

Kaepernick, who began kneeling during the national anthem to bring awareness to racial injustice in America, decided not to continue with the 49ers after the end of the 2016 season. However, 49ers general manager John Lynch later confirmed the team was planning to release the quarterback before Kaepernick made the decision to leave, CBS Sports reports.

Still, it's been a busy three years for Kaepernick since his last NFL game. He was featured in Nike's 30th anniversary "Just Do It" campaign, which became a marketing success for the company after initially receiving backlash.

Recently, the sports apparel giant stopped the release of a special edition sneaker featuring the so-called Betsy Ross flag around the Fourth of July after reportedly taking advice from Kaepernick. In 2017, Kaepernick, along with former 49ers teammate Eric Reid, filed a grievance against the NFL alleging the two remained unsigned because of collusion by owners following the kneeling protest.

In February, the NFL and lawyers for Kaepernick and Reid reached a private settlement. Although the grievance case with the NFL has come to a close, Kaepernick appears to be eager to hit the gridiron.