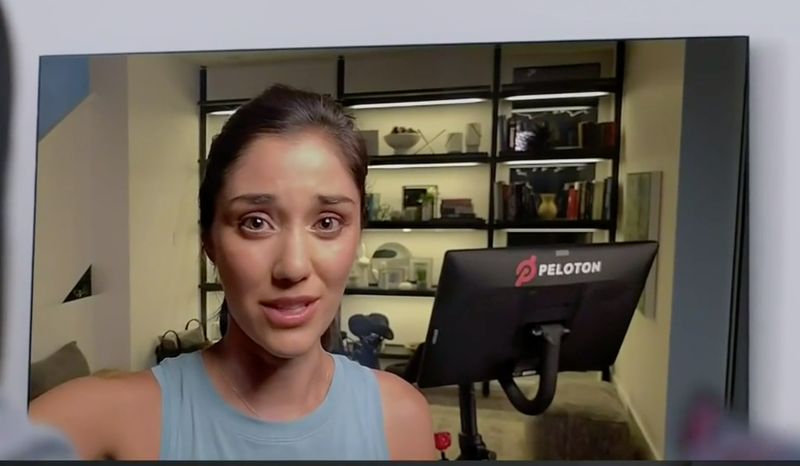 The actress who starred in a controversial Peloton bike ad appeared in a new ad Friday night for Aviation American Gin, seemingly drinking away her troubles.

The ad starts with the woman staring at the camera, with her two friends sharing concerned looks. She says, "This gin is really smooth," and the women she's with tell her she's safe. They toast to "new beginnings," and the actress downs her beverage.

At the end of the ad, a friend says, "You look great by the way."

The gin ad comes days after the Peloton bike ad went viral. That ad documented a woman's year-long cycling journey through a vlog she presents to her spouse as a way of saying thank you for gifting the bike to her. "A year ago, I didn't realize how much this would change me," the actress says in the Peloton ad.

The commercial faced a slew of backlash, with social media users criticizing it as sexist. The company said the ad reflects that many have been similarly, and happily, gifted one of its pieces of equipment. The spot is intended to "celebrate that fitness and wellness journey," Peloton said.

It also features model and former America's Next Top Model contestant Mercedes Scelba-Shorte, a spokesperson for the Lupus Foundation of America.