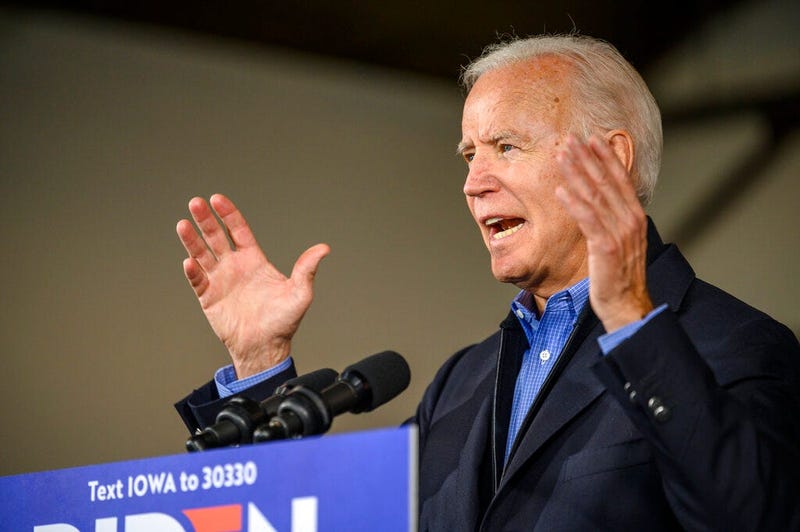 The professor famous for accurately predicting the winner of every presidential election since 1984 has issued his verdict for 2020: Joe Biden will defeat President Trump.

American University Professor Allan Lichtman uses a system he created of 13 "keys" that decide who will win the White House. In 2016, Lichtman was one of the few forecasters who said Mr. Trump would be the next president — and he also predicted that Trump would be impeached. Four years after those calls, he foresees a Biden victory in November.

Get updates from the campaign trail delivered to your inbox

But Lichtman considers it as a close contest, and notes that there are extraordinary factors that could still alter the outcome. The 13 keys in his system include factors like incumbency, long-term and short-term economic figures, social unrest, and scandals, as well as the candidates' personal charisma.

According to Lichtman's system, seven of the 13 keys favor Biden and six favor Trump, giving the presumptive Democratic nominee the slightest advantage for victory.

Lichtman sees several keys working out for Mr. Trump: He's the incumbent, he faces no serious third-party or Republican primary challenger, he has issued major policy changes and avoided any crucial military failure abroad, and he's running against a man Lichtman deems an "uncharismatic challenger."

But Lichtman sees Biden having the edge, especially in light of the coronavirus pandemic and the national movement of protests against police brutality and systematic racism. Social unrest, the current economic collapse and the pandemic's erasure of Mr. Trump's economic gains all play into a Biden victory, Lichtman says. The constant wave of scandals during Mr. Trump's presidency — including his impeachment — also make it more likely that Biden will prevail.

Another advantage to Biden, in his analysis, is that Democrats made gains in the 2018 midterms when they won back the House. And Lichtman does not count Mr. Trump as a "charismatic incumbent," arguing that he appeals to a narrow voting base — which gives another point to Biden.

Lichtman says in the Times video that "there are forces at play outside the keys," specifically voter suppression and Russian meddling in the election.

"It's up to you, the voter, to decide the future of our democracy," he says. "So, get out and vote. Vote in person. Vote by mail."

Weeks before the 2016 election, Lichtman's key system gave Mr. Trump a slight advantage over Hillary Clinton, even as most national polls showed Clinton with a commanding lead. He pointed to factors including Gary Johnson's third-party run, the Democrats' failures in midterm elections and the fact that the sitting president, Barack Obama, wasn't in the running. Lichtman said Mr. Trump's candidacy made 2016 "the most difficult election to assess" since he started his predictions.

Lichtman has used the key system to forecast the winner of each race since Ronald Reagan's reelection victory in 1984. In 2000, he predicted that Al Gore would win the election. Gore won the popular vote, but lost the presidency to George W. Bush after the Supreme Court ruled to stop the recount for Florida's electoral votes. Lichtman still stands by validity of his prediction.